Do NSAIDs affect the effectiveness of the Covid-19 vaccines?

Would you buy and wear smart clothing?

Does this appear to be plagiarism? (SNP)

Which package delivery company has the best service during Covid?

Why do vegans recommend drinking cow’s milk over soy?

Cannot Start My Furnace But Get Spam

Curious About Your Roots?

Would you watch a SciFy show about a ...

Are you a coffee drinker?

Do you eat breakfast?

Have you ever kept birds as pets?

Who Has Served In the Military?

Are you happy with the Winter Solstice?

Have you ever had an encounter with a Karen?

Do You Have These?

Should transgender women be able to compete in women’s sports?   The Serious You: How Current Events Affect You

Should transgender women be able to compete in women's sports?

Change Vote
Yes, they are women now
No, they have an unfair physical advantage over other women
Why get upset, sports are just entertainment?
Yes, but in separate teams and leagues for transgender women
I don't know
Other
VoteView Results
0
ReplyToggle Dropdown
Msg 2 of 220
In reply toRe: msg 1 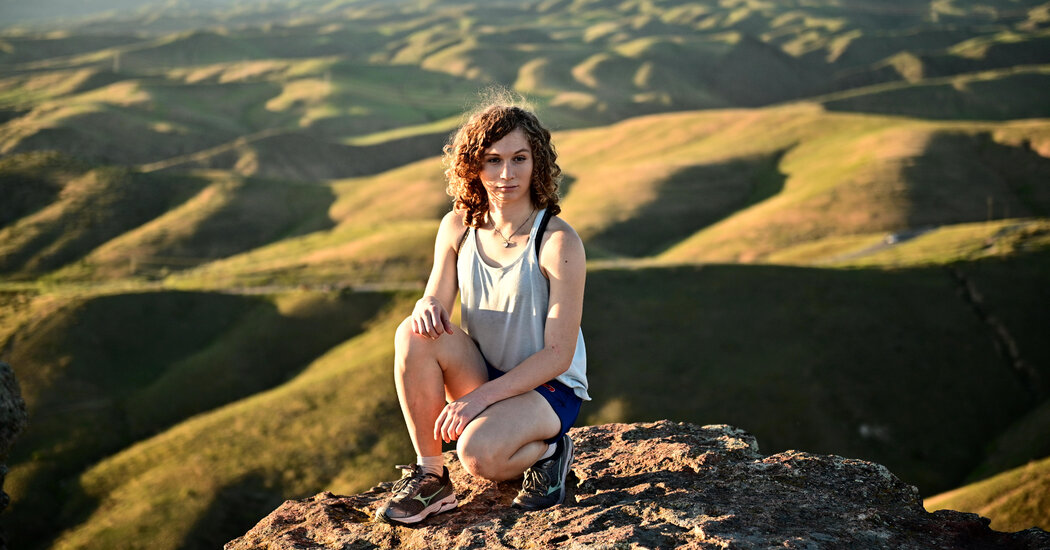 Who Should Compete in Women's Sports? There Are 'Two Almost Irreconcilable Positions'

Some experts say inclusion and competitive fairness conflict as leaders consider how to regulate the athletic participation of transgender women.

Transgender athletes deserve compassion, but not the right to transform women's sports

Millions of girls, women have athletic opportunities because of the legal meaning of the word 'sex.' Redefining the law for trans people is not fair.

Using Bruce Jenner as an example he/she spent a lifetime doing heavy duty training with male hormones. It would be very unfair for him to compete as a woman now unless all the other contestants started out as men.
4
ReplyToggle Dropdown
Msg 5 of 220 to kizmet1kizmet1
In reply toRe: msg 4

Although, these are young athletes in their prime.  Transgender people are some of the most abused, still today.  Depression is high in that community.  I understand why athletes don’t want to give up their sports, since they would not be allowed to compete as men either. But people who transition don’t lose their body strength they had before. It’s a real dilemma in the sports world. Although I don’t know how widespread it is, as the numbers of transgender athletes who can compete at those levels must be small compared to the total number of athletes.

0
ReplyToggle Dropdown
Msg 6 of 220 to Showtalkshowtalk
In reply toRe: msg 5

It is their choice to make. Have surgery and take hormones forever and never compete or reject surgery and compete. Those who really want to compete reject surgery and hormones, at least until they are too old to do it.
Personally, I hate all the emphasis put on sports on my antenna tv stations every weekend while many of the Olympics are on cable. Sports are even preempting presidental election news.
1
ReplyToggle Dropdown
Msg 7 of 220 to kizmet1kizmet1
In reply toRe: msg 6

To some, sports are their lives.  I don’t think surgery is the question, because they are competing before having it as well.  A friend’s child is transitioning to female and it’s extremely complicated and expensive.  She thought her son was gay but now she has a daughter. She is very open minded about it but it’s still be extremely stressful.  Her child is not an athlete.

0
ReplyToggle Dropdown
Msg 8 of 220 to Showtalkshowtalk
In reply toRe: msg 7

I am sorry the operations were ever invented. What if there is a shortage of drugs and hormones used?
0
ReplyToggle Dropdown
Msg 9 of 220 to Showtalkshowtalk
In reply toRe: msg 7

Whatever happened to Sonny and Cher's child Chastity/Chaz Bono? After DWTS we never heard a peep. Did he find happiness?
0
ReplyToggle Dropdown
Msg 10 of 220 to Showtalkshowtalk
In reply toRe: msg 1

Ever hear of Christine Jorgensen or Renee' Richards?
I was very young when I walked in on my mother watching The Tonight Show and wanted to.know what Jorgensen was famous for. I was told it was time for me to go to bed. I didn't think she was very pretty but she had a nice dress on. Where did she get the money ? She was in her 60's when she died. Looked like heck.
I remember Richards suing to play tennis with women. Seemed kind of unfair to the women playing against her.
0
ReplyToggle Dropdown
Keep Reading
TOP
Copyright © 2021 Delphi Forums LLC