What do you call a place with a dance floor and a bar?

What's Wrong with Wind and Solar?   The Serious You: How Current Events Affect You

WIND TURBINES ARE DESTROYING THE PLANET

New York, along with other states, is moving forward with massive wind turbine projects.
The push for "9,000 megawatts of offshore wind energy" comes at a high price, not only for families who are left dependent on expensive and unreliable energy, but for the planet.
Wind turbines require massive amounts of rare earths for their generators and motors. A single wind turbine eats up tons of rare earth metals. Rare earth mining carried out in China is horrifyingly destructive to people and the environment. One story described radioactive lakes, high cancer rates and villagers whose "teeth began to fall out" and "hair turned white at unusually young ages". "Children were born with soft bones and cancer rates rocketed."
A recent Associated Press story about rare earth mining operations in Burma told of a world where "birds no longer sing, and the herbs no longer grow. The fish no longer swim in rivers that have turned a murky brown."
An offshore wind turbine can produce somewhere between 9 and 14 megawatts depending on its size. New York's goal would require a thousand offshore wind turbines. Fiberglass wind turbine blades can’t be recycled and end up in massive landfills where they remain, according to one executive, “forever”. But within the fiberglass sheath is balsa wood that can be recycled.
Balsa wood is light, airy and popular for everything from model airplanes to planes. The obsession with green energy has created a massive demand for balsa wood to use in wind turbines. While a story from 2020 about how 14 million trees had been cut down in Scotland to make way for wind farms recently went viral, far more trees are cut down to make turbines.
Billions of trees.
One wind turbine blade can require as much as 5,300 cubic feet of balsa wood.
The price of balsa wood shot up, driven by demand from Communist China. While the Chinese have tried to grow their own balsa with limited success, they have turned to deforesting the Amazon. The Amazon, the world’s largest carbon sink, is being destroyed to reduce carbon.
Environmentalists are destroying the planet to save the planet.
Even while they were profiting from an artificial "green boom" fed by western green special interests, astroturf activists, fraudulent science, and pop culture crisis, Chinese companies were wiping out millions of trees in the name of saving the planet from a manufactured emergency.
Companies answering to Chinese interests found isolated tribes, traded them drugs and alcohol for slave labor, encouraged violence against those who would not comply, and the results were hailed by western environmentalists. The costs of China’s “wind power boom” were ignored.
China is working to build 18 megawatt wind turbines and dominate wind energy in Europe. The path of its poisonous silk road runs through the Amazon and to western environmentalists who believe that wind is clean and therefore wind turbines are a pure source of energy.
Balsa is an ideal forestry crop. It grows quickly and must be harvested before it ages too much. The rising price of balsa wood has also expanded growing operations, taking over farms and plantations leading to hunger and disease.
"These paradoxes of the so-called 'green economy' ruin the natural stability of the forests and the jungle," a World Rainforest Movement report warned.
While wind turbines, when in operation, already kill as much as three-quarters of a million birds a year, turbine deforestation kills countless more birds by destroying their habitats.
Green eco-business and its allied leftist politicians remain obsessed with carbon, but the Amazon rainforests have been described as the “lungs” of the planet. And environmentalists themselves argue that the Amazon is a "carbon storage sink". Destroying the Amazon to build wind turbines to reduce carbon would wreck the planetary ecosystem leading to the natural disasters that green energy proponents claim that they want to stop.
If astroturf environmental activists really wanted to save the planet, they would start chaining themselves to wind turbines, instead of vandalizing classical museum paintings.
The obsession
...[Message truncated]
View Full Message
0
ReplyToggle Dropdown
Msg 213 of 456
In reply toRe: msg 212 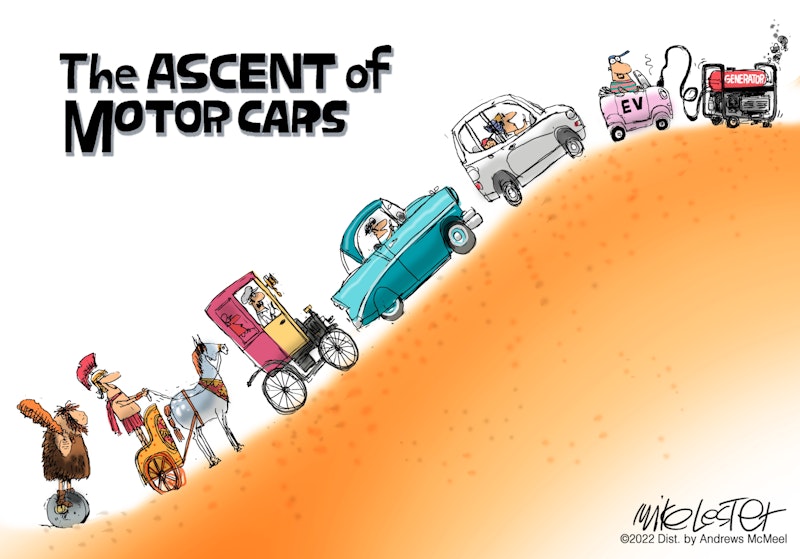 That could very well happen often.

0
ReplyToggle Dropdown
Msg 215 of 456 to Showtalkshowtalk
In reply toRe: msg 214

Europe is starting to learn... and they need to prepare for a long and cold winter!

“THE LAMPS ARE GOING OUT ALL OVER EUROPE”

Perhaps the most memorable comment at the outbreak of World War I—or at least the one quoted in every history book—came from the British foreign minister Sir Edward Grey: “The lamps are going out all over Europe, we shall not see them lit again in our life-time.”
The first half of this statement suddenly applies again to Europe’s energy crisis that threatens a cold and dark winter ahead, and we’ll have to see if the lights of Europe come fully on again in the years to come. Simply put: Europe’s self-inflicted energy crisis is a lot worse than it looks.
European nations are scrambling to backstop consumers from having to pay electricity rates that could increase tenfold or more—if the electricity is available in sufficient quantity at all. What this means is massive government bailouts for energy suppliers. Britain’s new prime minister Liz Truss plans to freeze consumer energy costs for two years, at a likely cost to the government of perhaps $200 billion, because utilities face bankruptcy if they can’t pass along higher fuel costs. The bill for continental Europe, and especially Germany, which may have to shutter even more of its heavy industry, is sure to be much higher—perhaps reaching $2 trillion over the coming year.
An energy-triggered financial crisis could begin even before the leaves turn and drop from the trees this fall. Bloomberg reported a few days ago that upside-down energy firms are facing up to $1.5 trillion in margin calls shortly:
European energy trading is being strained by margin calls of at least $1.5 trillion, putting pressure on governments to provide more liquidity buffers, according to Norway’s Equinor ASA.
Aside from fanning inflation, the biggest energy crisis in decades is sucking up capital to guarantee trades amid wild price swings. That’s pushing European Union officials to intervene to prevent energy markets from stalling, while governments across the region are stepping in to backstop struggling utilities. Finland has warned of a “Lehman Brothers” moment, with power companies facing sudden cash shortages.
We all remember how the last “Lehman Brothers moment” worked out.
Right now it doesn’t look like European governments are providing anywhere near enough credit backstop for their energy sector:
So far Germany has introduced Europe’s biggest scheme to backstop companies affected by the fallout of the war in Ukraine, setting aside 7 billion euros in loans to be made available to companies facing liquidity issues. German energy giant Uniper SE last week sought an extra 4 billion euros after fully using a 9 billion-euro existing facility, while Austria extended a 2 billion-euro credit to cover the trading positions of Vienna’s municipal power utility. . .
Among the emergency interventions being discussed by the EU are price caps in power and gas markets.
This is pretty close to the formula that plunged California into its persistent rolling blackouts back in 2000/2001, which culminated finally in emergency rate hikes (after rates had already more than doubled in some areas), and which culminated in the state’s two major utilities declaring bankruptcy. (And two years later California’s indecisive Governor Gray Davis was recalled largely over his incompetent handling of the crisis.)
Barron’s reports:
Natural-gas prices soared 30% at one point, and Goldman Sachs analysts projected that Europeans will see their monthly energy bills triple this winter to an average of 500 euros, or almost $500, per family at the peak.
When the worst of it hits, utility bills could account for 15% of European gross domestic product, crowding out other kinds of spending and investment. Goldman warns that the repercussions “will be even deeper than the 1970s oil crisis.”
Europe is now on the verge of recession, if not already in one, and the worst looks yet to come. Graham Secker, Morgan Stanley’s chief European equity strategist, expects an imminent recession in Europe. . .
The metals industry is facing a “life or death winter” after electricity and gas costs soared over 10 times last year’s levels, a group of chief executives wrote in a letter asking the European Parliament for emergency aid. The products they make se
...[Message truncated]
View Full Message
0
ReplyToggle Dropdown
Msg 216 of 456 to WALTER784WALTER784
In reply toRe: msg 215

We did it to them, along with their poor choices.

0
ReplyToggle Dropdown
Msg 217 of 456 to Showtalkshowtalk
In reply toRe: msg 216

Just remember that Trump warned them that this would happen in one of his UN speeches... and they gaffed it off and laughed at him.

The only one laughing now is Trump... "I told you so"... but they didn't listen!

And if we don't change course very quickly, we're headed in the same direction!

I bet they miss Trump now.

0
ReplyToggle Dropdown
Msg 219 of 456 to Showtalkshowtalk
In reply toRe: msg 218