What price should CNN pay for interfering in the 2021 election?   The Serious You: How Current Events Affect You 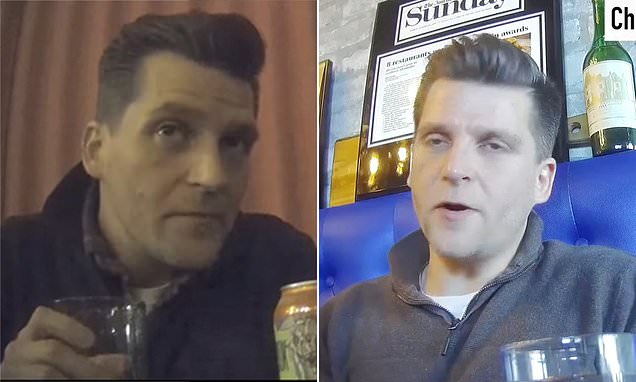 CNN technical director Charlie Chester was caught in the embarrassing footage after a woman working with the conservative watchdog group spotted him on Tinder.

0
ReplyToggle Dropdown
Msg 3 of 33 to Showtalkshowtalk
In reply toRe: msg 2

Voted 5, Project Veritas is a gotcha organization and have been known to manipulate footage to confuse viewers, they are not to be trusted, period, full stop.

Having said that, I'm not surprised. Anyone who watches news knows what CNN's bent is, there's no critical thinking involved in determining whether there's a liberal bias, you could say the same for MSNBC, it shouldn't disqualify them as a relevant news organization, because anyone watching can make up their own mind about what they're seeing.

People can make up their own minds if they know the facts.  It’s very hard to find the truth when people aren’t reporting it.  A network isn’t going to report itself.  I’m not sure how video of people speaking in their own words is fake.  I’ve watched some of the videos and they aren’t doctored in the way you suggest. The people being recorded don’t know they are being recorded, but the videos themselves are too long to be dubbed.

The main problem I have with many news outlets is that they no longer find news, but tend to report the same stories across platforms.  So if you want to know everything about a subject and you only watch CNN or read similar platforms, you will never see a story they want hidden. I wonder why so many news viewers are so set in their ways or beliefs, they don’t want no know all sides of an issue. As I’ve said many times, I had CNN on a lot in the background when I was working or online.  Then they did a story on a piece local to me, about people I knew and a subject I was very familiar with, and it was full of misinformation and lies.  I started digging and that is when I found alternative outlets, with the correct information.  Then I began looking at other stories on CNN and discovered not all, but some, were very poorly reported.  I kept looking and found I was not alone in being suspicious of them.

One thing the man said on the actual recording, which I found online after hearing a radio news story about it, is that once when Trump’s hand trembled, they made up a huge story about him being physically impaired, knowing it was false.  He also said the Matt Geatz story is fabricated to get him out of office.  I don’t know about that, but if it’s true, it becomes criminal.

0
ReplyToggle Dropdown
Msg 5 of 33 to Showtalkshowtalk
In reply toRe: msg 4

Matt Gaetz is in deep trouble. There is a reason most of his GOP colleagues and even rw media are giving him a wide berth

If the truth comes out then we can evaluate.  I still don’t have all the facts.  I was not a fan so it doesn’t matter to me one way or another.  He did a lot of self promotion and wanted to be on cable news. So many corrupt politicians never face consequences for their actions.  Look at all those who were part of that underage prostitution circle, including Prince Andrew. Nothing has come of any of it.

0
ReplyToggle Dropdown
Msg 7 of 33 to Showtalkshowtalk
In reply toRe: msg 6

Alan Dershowitz was part of that, too, but there apparently isn’t any evidence against him. And Jeffrey Epstein killed himself so that doesn’t mean nothing came of it. Ghislaine Maxwell is awaiting trial so we haven’t hear the end of it. A lot of cases weren’t pursued because of lack of evidence. Or because Jeffrey is dead and can’t implicate them

It’s unfortunate.  Anyone who had relations with a minor should be in prison no matter who they are.

You are absolutely incorrect.  I have followed Project Veritas for many years.  They are Investigative Journalists, and they have very high standards.  They have NEVER manipulated any footage, none!

What has happened to this country, where the people won't protect the 'whistle blowers'?  Mainstream media brainwashed Americans now attack the messenger, without ever really looking at the message and the evidence.

The courts agree with you. Their lawsuit against the NY Times is going ahead.