Is this victim of fertility fraud overreacting? (SNP)   The Serious You: How Current Events Affect You

Change Vote
No, it's the doctor's fault
No, but her parents are to blame for hiding their choices from her
No, both the parents and the doctor are liable
Yes, it was unethical but it makes her who she is today
Yes, it can't be fixed so she should move on
Maybe fertility clinics should be banned from using donors
I'm not sure
Other
VoteView Results
0
ReplyToggle Dropdown
Msg 2 of 10
In reply toRe: msg 1

Warning: this could be offensive or disturbing to some, although it is not graphic. 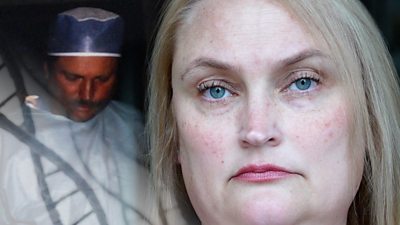 'My mother's fertility doctor is my father'

When a DNA test revealed a decades-old family secret, Maia's life was turned upside down.

Not much that can be done this late in the game. Only real issue would be if she met and got involved with someone who she believed to be unrelated, and only after 4 children and 8 grandchildren later, discover they are really half brother and sister.

That has apparently happened in some cities where a single donor has been incredibly prolific.

It seemed at first to be a reasonable story but after watching the video and her obsession with this,when it’s so far after the fact, nothing can be done now, what is her goal? If this hadn’t happened, she wouldn’t be here.  Does she want money?

0
ReplyToggle Dropdown
Msg 5 of 10 to Showtalkshowtalk
In reply toRe: msg 4

If this hadn’t happened, she wouldn’t be here. Does she want money?

Maybe she just wants her 15 minutes of fame.

If this hadn’t happened, she wouldn’t be here. Does she want money?

Maybe she just wants her 15 minutes of fame.

And then what? Self abort?

Or she is so distraught she can’t get over it.

That’s not happening.  It seems that she has an unsolvable complaint.

0
ReplyToggle Dropdown
Msg 9 of 10 to Showtalkshowtalk
In reply toRe: msg 8

It seems that she has an unsolvable complaint.

Unsolvable complaint... (i.e. it will never be resolved but she will continue to push?)

It got her onto the news.