Have you noticed anti American sports commentary at the Olympics?

Are you worried about a meat shortage due to hacking?   The Consumer You: Marketplace

Change Vote
Yes, it was the largest meat producer and was serious
No, they had a working back up
No, we already have shortages and higher prices
No, I'm more worried about high prices than shortages
I don't need to buy meat
I don't eat meat at all
Other
VoteView Results
0
ReplyToggle Dropdown
Msg 2 of 54
In reply toRe: msg 1 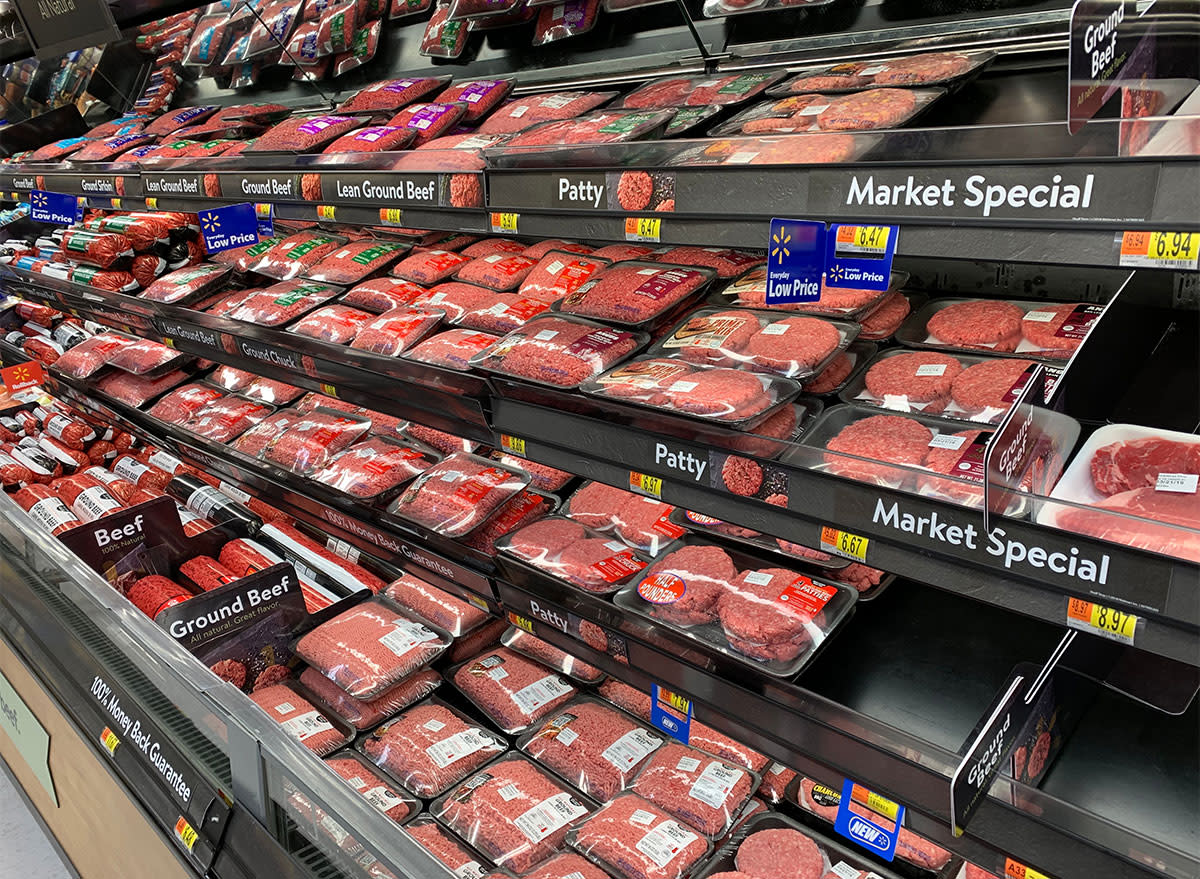 The world's largest meat supply company was forced to shut down slaughterhouses because of a cyber attack over Memorial Day Weekend... and the fallout may lead to shortages and more expensive meat at your local grocery store.JBS SA canceled shifts and halted production after hackers attacked the company's computer systems on Sunday, according to Bloomberg. JBS is responsible for about 25% of the...

I've known for years they wanted to take our meat away from us.  They discussed it a lot in their books, white papers, documents and conferences.  I just never knew exactly how they would pull it off.  They've been pushing bugs, weeds, and sewage water.  They're already adding bio-sludge as fertilizer to our crops.

Let's just Make America Last, and then kill off its citizens.

Some groups want to reduce or eliminate meat for various reasons.

0
ReplyToggle Dropdown
Msg 5 of 54 to Showtalkshowtalk
In reply toRe: msg 4

So what, then they should just stop eating it.  And leave us out of it.  What I'm talking about is they will have all the great food, we'll have bugs, weeds and sewage water.  It will be forced on us.  Why do you think they are talking about that stuff on the news, they are preparing us for what's to come.  If we sit around and suck our thumbs, that's what we will get.

It's all planned!  It has been for decades.  Just never thought I'd see some of this in my life time.

They should do what they please when possible if it doesn’t  hurt others, and leave everyone else alone.  I know someone who sells and eats alternative food products. She made me try it once and it is dark greenish brown and tastes like sweet sludge.  It’s also expensive.  She claims it has saved her life. She lost weight and looks better than she did, but to do that she gave up meat, dairy, wheat, all sugar and most fat.  None of that seems remotely healthy.

0
ReplyToggle Dropdown
Msg 7 of 54 to Showtalkshowtalk
In reply toRe: msg 6

What is alternative food products?

Before they released the GMO and other toxins, how many people did we know that was obese and had huge stomachs?  Not many.  We used to have a few that we called chubby, but they weren't obese compared to nowadays, and it never was the majority.  How many people did we know that was ill all the time, and on pharmaceutical drugs constantly?  Not many.  Look at our elderly, it's insane the amount of drugs they take.  My grandmother, before she died at 94, never took all those pills, my mother did, she was ill constantly no matter how many drugs her doctor kept giving her.  She died at 75.

They call us 'useless eaters'.  They want us gone, and this time, they have the majority of Americans so dumbed down, that anything on the mainstream media, including their paid for doctors, most Americans will believe it has to be truth.

China said in a recent conference, the virus put the Americans BACK IN THEIR PLACE!  They (Americans) shut down, we (China) opened up.  We (China) rule the Americans now.

However, there is an inside war going on.  They put China in place in the 40s to destroy the United States by taking all of our industry and manufacturing, and to take out the middle class, but not rule over us.  These elites want that power, but China isn't going take their crap now that they are a powerful country.  China became too big for their pants.

Personally, hacked their meat company computers. No, I don't believe it.  If they even got hacked, which I seriously doubt, they have already broken the food supply chain anyway.

I told you over a year ago, this would happen.  That Americans needed to take off that STUPID mask and go back to work, go back to socializing.  And the things like oxychloroquine, zinc, vit D & C work, and many doctors continued to use it with perfect results.

I told you back when they first imprisoned us in our homes and called us unessential humans, that it would not be 15 days, that it would be another month, then another 2 months, then a year.  It was all planned.  All of it.  I'm not that smart, and I don't have ESP, and I can't make any of this stuff up, so how did I know exactly what they would do?  But you would not believe me, you even accused me of being a conspiracy theorist.

You really don't believe evil Bill Gates buying up 100s of 1000s of acres of our prime farm land is because he now wants to be a farmer, instead of a vaccine producer/over lord pusher?  Bill Gates is a eugenicist, and has said over and over and over again, for well over 20 years, he wants to get the population down to Zero.  At least Ted Tuner and the others want it down to 500 million.

0
ReplyToggle Dropdown
Msg 8 of 54 to Showtalkshowtalk
In reply toRe: msg 2

Ransomware attacks should be treated exactly like terrorism. Treat those who unleash these attacks exactly as if they had hijacked airliners and flown them into buildings.

We need to hit them hard and show no mercy. We need to end any regimes that give them shelter, and we need to disrupt / interdict those who train them, those who facilitate them and those who profit from them.

Those who profit from them should have a price placed on their head. They may use a keyboard rather than, say, hijacked airplanes, but they are really just as destructive and need to be treated as such.

What is alternative food products?

Soylent green, in the not so distant dystopian future

True, it doesn’t matter what they hack, it’s all dangerous for someone.