Are you a Pollywog or a Shellback?   The Real You: Personality Poll

For one to become a Shellback, you must have been on a Naval vessel that crossed the equator at sea. (i.e. line crossing)

Neither.  I haven’t been in the Navy.

0
ReplyToggle Dropdown
Msg 4 of 13 to Showtalkshowtalk
In reply toRe: msg 3

My first tour over the equator was in 1978 when we went down to Australia (Sydney, Melborne & Perth). I was a Pollywog at the time and went through the initiation ceremony and became a Shellback.

And I've come to learn that the line crossing ceremony is a piece of cake today compared to back when I went through the ceremony. Things I had to go through would be considered hazing, improper and/or disallowed today. It was probably one of the worst days of my life back then, but I'm glad I completed it and became a Shellback.

Second line crossing was in 1979 when I went to Jakarta, Indonesia. Once you become a Shellback, payback's a b###h! (* CHUCKLE *) And much much much more enjoyable than the first time around.

Hazing in general is now illegal.

I was in the Army.
0
ReplyToggle Dropdown
Msg 7 of 13 to Showtalkshowtalk
In reply toRe: msg 5

Hazing in general is now illegal.

Yes, but the tradition has been around for more than 400 years.

In 1978, when I went through the initiation ceremony, it was excruciatingly painful and well, unfathomable to say the least.

We woke up, had breakfast, went to our bunks and started to prepare for our initiation. Shellbacks who had been through it previously gave us advice on "do this" or "don't do that" to help us through the ceremony with the least amount of scrapes and bruises. Their advice was quite useful/helpful to say the least.

You had to crawl on your hands and knees all around the deck of the ship. And you can see from the picture below... it wasn't that small of a ship either... a guided missile cruiser 610.2 feet in length. https://www.navysite.de/cg/clg5.htm 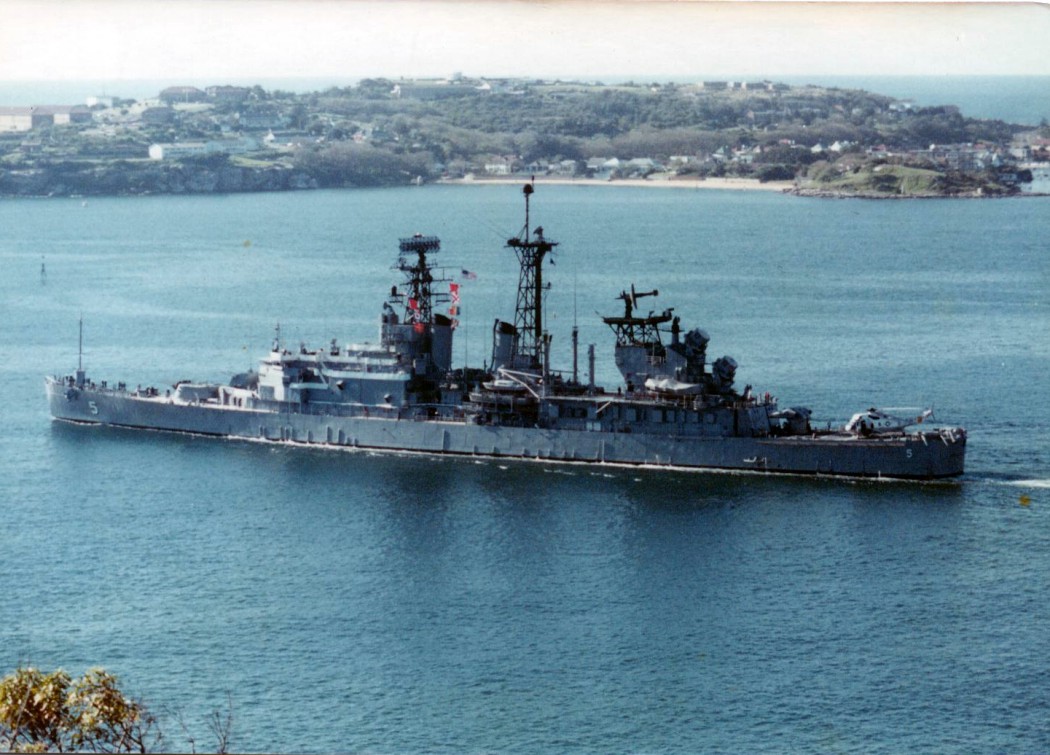 All Pollywogs were given ample sponges and towels to use as padding. Many started taping the sponges to their knees over their jeans, but the Shellbacks said that they would tear off and thus recommended that we tape the sponges directly to our knees under our jeans and then tie rags or towels on top of our jeans. They also recommended that we use large towels to wrap around our hands.

As we were crawling all around the ship on our hands and knees, all of the Shellbacks were lined up around the boat where we had to crawl. And they all had 3.5" or 5" fire hoses cut up and designed into rubber paddles. As we crawled across the deck, we would get slapped in the butt with these cut up fire hoses. For the most part, guys from other divisions would just give you a light tap on the butt and only those from your division who you've really pissed off and they give you a really hard whacking!

Regardless, my ship had a crew of 860 people and close to half of them were Shellbacks so we were like slapped on the butt over 400 times with about 8 or 10 people who really whacked you hard.

As you get close to the end, you have to go through these large chutes that are filled with raw garbage which they've been collecting up for the past 3 days. It stinks to high heaven. If you're one of the lucky ones who go through first, you only have the garbage smell to put up with, but if you're close to the rear of those in line, you have to crawl through many others barf as well. Yeah... really repugnant to say the least.

Once you've gone through the chutes, they spray you off with a strong stream of water to wash off most of the stench. Then you crawl up to Davy Jones (our Chief Warrant Officer) who was topless and had a real big beer belly hanging out with grease smeared all over his belly. He would grab your head and rub your face in his greased belly. You wiped away the grease from your eyes and proceeded to kneel before King Neptune (Captain of the ship)... he asks you to stand, dips you in a pool of water next to him and he pronounces you a Royal Shellback!

After the entire ceremony had ended, we all showered off and started showing our scratches and bruises we got through the entire ordeal.

I guess you might liken it to a frat party on steroids! (* CHUCKLE *)

That is an enormous ship. It doesn’t sound fun at all. They could never do that now with women in the service.  It would fall under all kinds of abuse labels.

0
ReplyToggle Dropdown
Msg 10 of 13 to Showtalkshowtalk
In reply toRe: msg 8

That is an enormous ship. It doesn’t sound fun at all.

The first line crossing was a day I wanted to forget on that evening. But once it was all over, from the next day onward, we all sat around and laughed about it.

The second crossing, once I was a Shellback, it was really interesting to see things from the other end... (* LOL *) Of course, we were basically easy on everybody but a few from our own division... the trouble makers, those who always tried to slack off on their work, those who were always bumming cigarettes from everybody else, etc.

They could never do that now with women in the service.  It would fall under all kinds of abuse labels.

Nope... women were not allowed on ships back when I was in. I think they were allowed on tug boats, but not war going vessels.

I'm a member of a military related blog site similar to Delphi but specifically for the military personnel and veterans. They had a questionnaire up about what your best and worst memories of being in the service were.

Of course, I mentioned my first line crossing as the worst and some of the guys currently in the Navy said it was a breeze and couldn't understand why I felt it was my worst memory. But after I mentioned what I went through back in 1978... they were all shocked to learn that what I and others before them went through back then was 30 or 40 times worse than what they all went through. I'm not sure when it all changed, but perhaps women serving onboard ship may have had something to do with it.