What is the best outcome for the Rittenhouse/Kenosha trial?   The Serious You: How Current Events Affect You

There are a few things I don’t understand.  There is video of Rittenhouse being chased by a mob, hit in the head with a skateboard and a gun drawn on him.  He finally shot to save his own life. So why was he tried?

Even more basic, why was he at a protest with a gun?

The people he shot at were white so why is this a racial trial?

The prosecutions key witness, the sole survivor shot by Rittenhouse, testified that he pulled a gun on Rittenhouse who only then raised his gun and shot him in the arm.  So why was he even charged at all when it was clearly self defense?

0
ReplyToggle Dropdown
Msg 3 of 483 to Showtalkshowtalk
In reply toRe: msg 2

He shot four people, two fatally, he claims to have been in fear for his life but was not harmed at all, the paramedic who was also armed testified he thought Rittenhouse was an active shooter, this is what happens when you have people other than police with firearms, chaos and death. I don't really know what to think but the facts are he shot at four people, two died and one was wounded, and he's...well, not.

Hadn't he already killed the two people just before and that is why he was being chased to begin with?  Weren't they chasing an active shooter - Rittenhouse - at that time?

He did but the circumstances are in question.

The prosecution asked for a mistrial so their case has fallen apart and is weak at best.  He shot them because they were going after him.

0
ReplyToggle Dropdown
Msg 7 of 483 to Showtalkshowtalk
In reply toRe: msg 2

It's purely political. That's what's wrong. It should be judged a mistrial with prejudice!

As for why he had a gun... the gasoline store he worked at was a target by the thugs and other places in the area had already been burned. He had his gun with him to protect the gasoline stand. And initially, he did put out a fire in a large burning dumpster they were pushing towards the gasoline station.

0
ReplyToggle Dropdown
Msg 8 of 483 to Showtalkshowtalk
In reply toRe: msg 6

What? Everything I've read has HIS lawyers asking for a mistrial. Come on.

You don’t listen to legal analysts.  The prosecution has already blown the case. I did not explain it right.  The prosecution is pushing for a mistrial by going out of bounds intentionally in their questioning. You should listen to the judge all but shouting at an experienced prosecutor for mismanaging the questioning.  That would force the judge to declare a mistrial at which point, they could regroup and try a different type off case.

He killed two people. One chased him and hit him in the head with a skateboard. He shot him.  Another apparently tried to grab his gun and was most likely shot accidentally or to keep Rittenhouse from going down. They don’t have clear footage of that. So I don’t know how the media got the idea they were chasing him because he’s hit them. He shot in self defense fearing for his life.  Had he not stopped them they probably would have killed him.  That is the analysis of many different legal experts.

I don’t have any strong feelings about the outcome yet.  I don’t know enough about it yet.  I know if I was his mother there is no way a child of mine would have been out in a riot waving a gun. Had he just stayed home, he would not be in jail. Bit trying to protect his employer’s business was a brave, if not foolish, thing to do.

Read this about the prosecutor’s questions. An experienced prosecutor doesn’t do this.  It wasn’t a mistake, it was intentional. 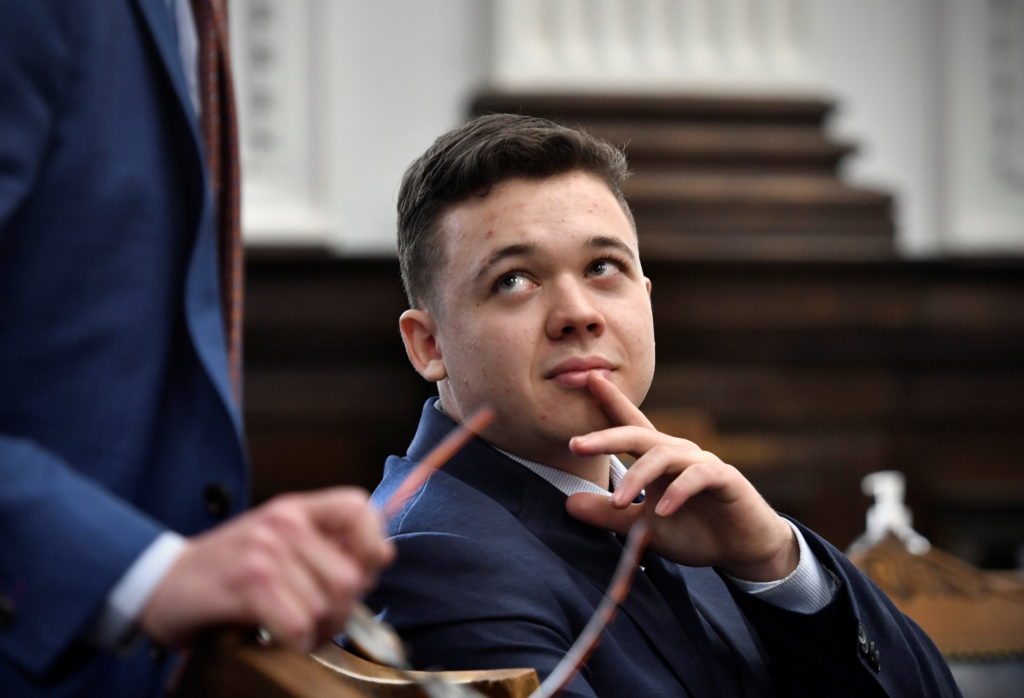 The murder case against Kyle Rittenhouse has been thrown into jeopardy. His lawyers have asked for a mistrial over what appeared to be out-of-bounds questions asked of Rittenhouse by the chief prosecutor.