Greatest thing to do for children...

Games you played that are banned...

Should Christian churches go more woke?   The Curious You: Beliefs and Ideas

Change Vote
Yes, they can all benefit from encompassing social Justice and wokeism
Somewhat. They should be more open minded
No, that isn't the role of the church
I don't believe in religion so it doesn't matter to me
All churches should be shut down
Other
VoteView Results
0
ReplyToggle Dropdown
Msg 2 of 52
In reply toRe: msg 1 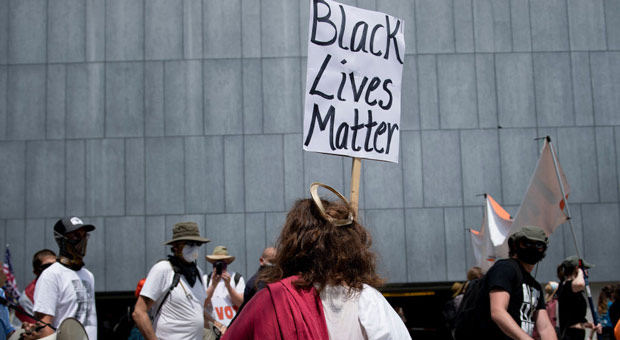 PCA is the more conservative wing of Presbyterianism, but it may be going woke as well. They have always had a smaller membership than the mainline wing, never over 400,000 members. Will the PCA Go Woke? - The American Conservative

The PCA's good-faith efforts to address historic racism are falling into wokeness and critical race theory. But there is still a way forward.

0
ReplyToggle Dropdown
Msg 5 of 52 to Showtalkshowtalk
In reply toRe: msg 1

0
ReplyToggle Dropdown
Msg 6 of 52 to Showtalkshowtalk
In reply toRe: msg 4

I started out Lutheran of the Missouri Synod, but started going Baptist before I was 10.  After moving where there was only an ECLA Lutheran Church, the family went baptist, and at the end of the sixth grade when the push is to get baptized, I was already baptized and was the only one that did not get dunked.  I was allowed to quit church at the end of the 8th grade.   8th grade is when the Lutherans would get confirmed.  I studdied with JWs, (Mom was raised JW and there was one next door.)  Dad was raised Christian Scientist, so my grandmother had some influence with me, but I never held that faith.

At 22 I went back to the church as an adult for Bible Study, and the church with one was the UCC.  The UCC is ultra-liberal.  But we had a conservative pastor at the time and a group of strong Christians and I had a good time and grew in my faith for a few years.  Then I branched out to Church of Christ and studied with the ECLU Lutherans, the Methodists, and even took a bible class at the Catholic Church.  I fell away from all church because of the change in pastors at the UCC and other reasons.  And about 4 years ago I went back.  New pastor.

The reason I keep going back to the UCC church is because my brother is gay, and I really don't like to hear how he is going directly to Hell all the time.  The UCC is kind of the opposite here.  I am not.  I listen to the Catholic radio station which is way over on the right and tells me my brother is going right to Hell all the time.  Sigh.  I think the Catholic Church is too focused on sex altogether.  I mean, why does Mary have to be a perpetual virgin?  The Bible says Joseph did not know her until AFTER Jesus was born.  To me that suggests he did know her afterward, which followed by a story of His mother and brothers being at the door...  Well, you'd think God did not create the reproductive system of humans, and that he did not command them to be fruitful and multiply.

On the other hand the Bible has a couple of places saying who may sleep with whom, and however my church wants to gloss over that it is there.  So, 25 years of considering this has me in a place where I believe sin is sin, and what my brother does is between him and God.  God does not demand that I judge him or convert him.  In fact he is the brother I have the best relationship with, and who is the most outwardly serious about his faith.

So when our individual UCC church wanted to become "Open and Affirming"  I was thinking, that Gay people are God's children too.  He loves them.   If they want to worship alongside us, even with their partners, I am ok with that.  So we became Open and Affirming.  My pastor is into this.  He spearheaded a Gay Event with thousands of people and then had Gay-Sunday, where he had some drag queen with a long dress split up to his crotch give the message.  The following two Sundays a lesbian did the sermon/pastor part, which was not terrible, because she just mentioned it, but it wasn't her whole message or anything.

So the church is all about social justice and inclusion of all people, IF the cause is a liberal cause.  In the past, I wanted to put some post cards against partial-birth abortion on the forum room table, and make an announcement, but I was not allowed.  Other political stuff was allowed, because that was considered "positive by everyone."  Than why put it there.  Whatever.  I cannot wear a mask.  I have discussed the physical reasons and the mental reasons that I cannot wear a mask with the pastor.  But he doesn't care.  We HAVE to wear a mask or face shield.  So I stopped going.   I don't know that now is a great time to introduce myself to another group of potential viral hosts, so I am just not going.  My church is fine with that.  One more conservative is not showing up and that makes them happy.   My church is Woke.  So we are losing membership.  But they are gaining membership, woke members.  I make no difference.

0
ReplyToggle Dropdown
Msg 7 of 52 to Showtalkshowtalk
In reply toRe: msg 1

Voted 4, but as a former Presbyterian if any change is made it should be to stop proselytizing others who aren’t members of your denomination let alone Christian, as was done by this horrible thing called the Alpha Course, which is one of several things that convinced me to become an atheist.

That's what you do when you believe in God.  Whatever religion you are.  You make converts.  The problem, I think, is not so much in telling people about your wonderful God and how He loves us, and what is in store for us.  But that folks tend to tell others they are wrong, and how they are going to burn in Hell if they don't do what we tell them.  That generally doesn't go over well, particularly to those who have no faith.

You would have to ask them.  If they are using their churches to promote politics they should lose their nonprofit statuses.

0
ReplyToggle Dropdown
Msg 10 of 52 to Showtalkshowtalk
In reply toRe: msg 9

That should be happening anyway.