Gerrymander Panic   The Serious You: How Current Events Affect You

Gerrymander Panic
January 18, 2022
Kerby Anderson
It’s election season, so we are hearing the word gerrymander once again. The term gerrymander comes from the early part of the 19th century. Eldridge Gerry, the governor of Massachusetts, supported legislation that redrew the districts of his party. One district looked like a salamander, so his opponents called it a Gerry-mander. The term stuck and is with us to this day.
Democrats have been in full gerrymander panic because they feared that many of the state legislatures, which are Republican controlled, would draw districts that would favor Republicans rather than Democrats. But the latest analysis by a left-leaning group concludes that Democrats may have more of an advantage in congressional seats. Data for Progress found that 212 House seats may be to the left of the country this year (that’s up from 203 in 2020).
The solution proposed in many states is to have “independent” redistricting commissions. Looking at the impact of these redrawn districts makes it hard to accept that they are truly independent. For example, the California commission could eliminate 3 of the 11 Republican seats in the House of Representatives. The New York commission could cut the number of Republican seats to 3 from 8.
Democrats like to point to Texas, which is gaining 2 seats due to the increase in the 2020 Census. Both new seats will likely go to Republicans due in part to the fact that both houses of the Texas legislature are controlled by Republicans. But just the opposite took place in legislatures in Illinois, Maryland, and Oregon, which are controlled by Democrats.
In an ideal world, perhaps computers should draw fair representative boundaries. But don’t believe all the rhetoric being tossed around about one party or the other carving out partisan boundaries. Both parties do it.

That has happened in California for two decades.  They took districts that consisted of nearby cities and stretched them into bizarre shapes to get the outcomes they wanted.  Devin Nunes got redistricted out of a job.  They claim the decisionmakers are nonpartisan but that is impossible in a state that is majority Democrat.

Both parties gerrymander. Neither should.  It's an interesting dynamic of birds of a feather flock together.   How do entire neighborhoods end up "leaning left" or "leaning right"?  When we moved throughout our marriage I never once considered the political leanings of my possible new neighbors.

Hi. I know you from the dog site.  Do you still go there?  You don’t have ethnic or racially separated neighborhoods?  Chicago had entire neighborhoods where everyone on the block was Polish or Irish or Lithuanian or another race.  It was by choice.  Families and friends wanted to live on the same streets.  The same thing happens in poor parts of Brooklyn or Queens.  Groups with other things in common vote the same.  It happens here a lot.  I don’t know who my neighbors support unless they tell me or put up signs.

I remember you.  I still go there but not as often and I haven't posted in ages.

We have ethnic or racially concentrated neighborshoods but those are visually apparent if one checks out the neighborhood during daylight or checks into school registrations.  My comment was specifically meant towards political persuasion.  A neighborhood religious leanings can also be somewhat identified by nearby churches.  But a neighborhood political leanings would be hard to determine, wouldn't it?  How would you do so, other than a door to door survey?  You may be right that people with the same political beliefs may follow others they know into an area, but I was thinking of my house buying experience.  Price, style, schools! Convenient to work, Church, shopping - but if you look at political maps or even news articles you'll see "heavily R or D".  So my question was "If I'm house hunting how do I know that the area is mostly R or D".  I guess one hint would be which party was in the state offices for that area?  The state representatives? 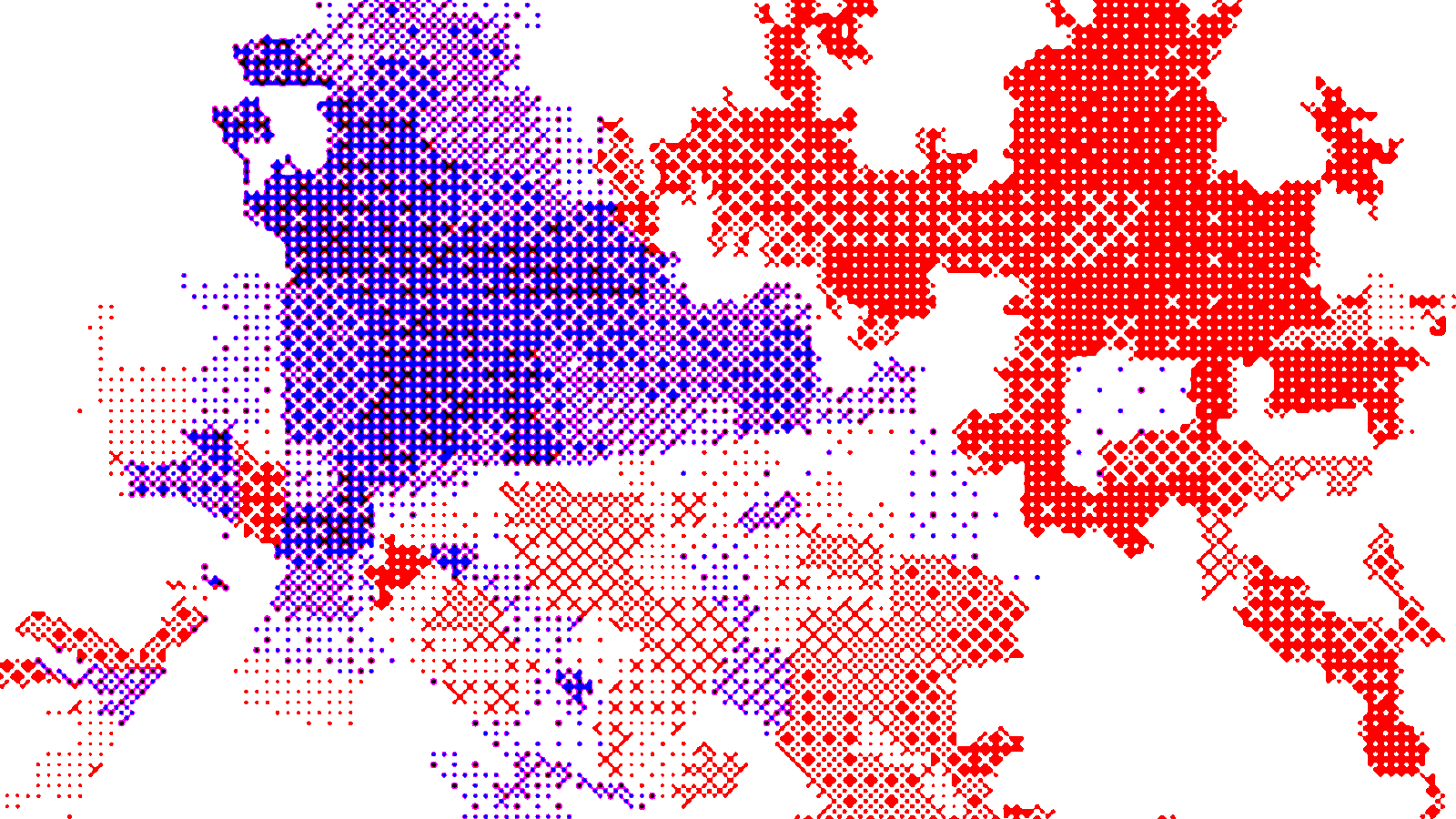 Where Democrats And Republicans Live In Your City

Republicans and Democrats tend not to live side-by-side, even when they live in the same city.

The map doesn't show where I live...if you enter Phoenix, Az the area I live in is a bit east and north of where it shows Buckeye, Az to be.  I should call and tell them of all my neighbors I know I'm the only D...

Yes both parties do it, but the Democrat party does it most, then the Republicans attempt to redraw the original lines when things get too zig zagitty.

This is an interesting look at gerrymandering.  As I read it, for years Democrats succeeded the most often in gerrymandering, but in the past few years, Republicans have been more successful.  I remember reading about the Wisconsin cas and am going to see if I can find SCOTUS ruling on it.  https://library.cqpress.com/cqresearcher/document.php?id=cqresrre2017082500

LOL. The only one?  Maybe it’s the opposite of my state where Rs have to hide it. No wonder you love posting about politics. Delphi is your refuge.