2000 Mules data given to Georgia Gov and

How to fix baby formula shortage...

Who's your favorite former President?

Where some taxpayer dollars are going   The Serious You: How Current Events Affect You

WHO KNEW THAT YOU ARE SUBSIDIZING THEM?

A couple weeks ago, 26 activist and progressive policy organizations urged Twitter to reject Musk's offer to buy the platform.

However, our auditors found that nine of these groups benefited from our tax dollars while critics say they try to limit free speech and control the flow of information on Twitter.

On Thursday, Emily Compagno, co-host of Outnumbered on Fox News, cited our report and explained the details. 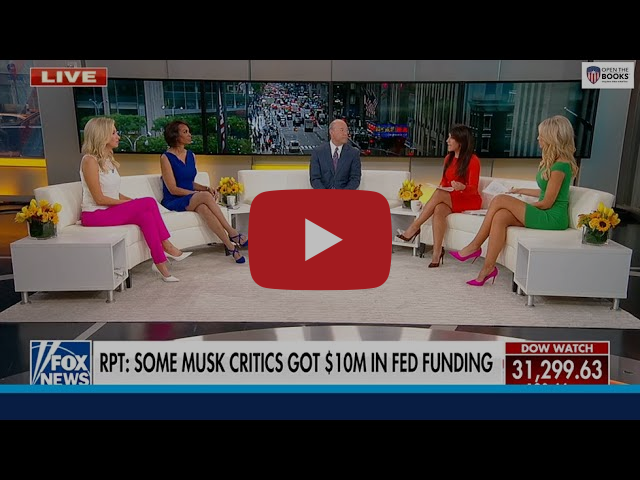 Davos. A conference hosted by the World Economic Forum (WEF) where the uber rich strategize their plans to socialize the world order. Tickets are $28,000 and a coveted badge is $50,000.

Memberships in the WEF cost up to $650,000 and the conference kicks off tomorrow, on Sunday.

Yet, our auditors at OpenTheBooks.com found, since 2013, the WEF received nearly $60 million in U.S. taxpayer-funded grants. In fact, the funding came through both the Trump and Obama administrations.

On Friday, we joined The National Desk at Sinclair Broadcast to breakdown all the details. 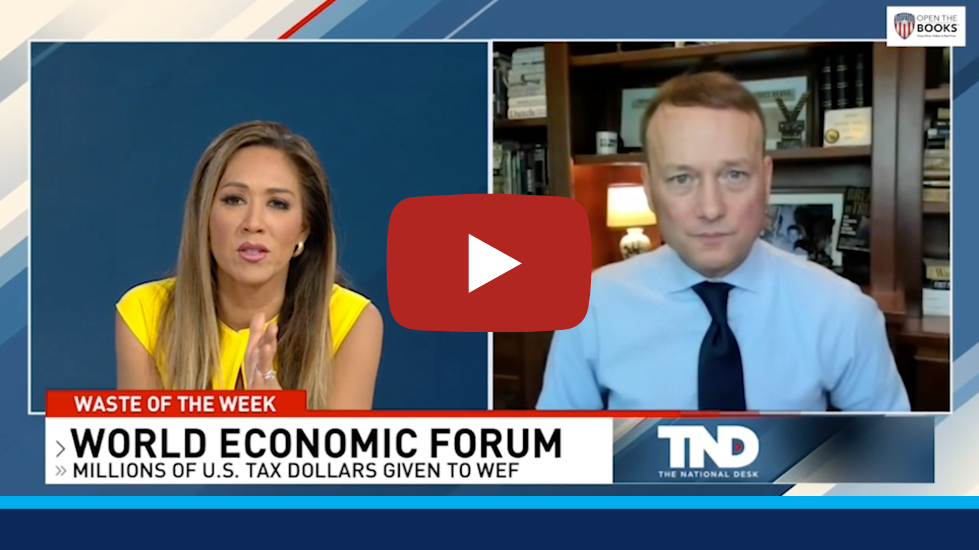 If Twitter brings in so much money why do they need to be subsidized?

0
ReplyToggle Dropdown
Msg 3 of 4 to Showtalkshowtalk
In reply toRe: msg 2

Well, the subsidies started under Obama and were probably continued under Trump until just recently.

My question is... why should our tax dollars be subsidized out to Twitter... a private company?

Remember, they started censoring Republicans and some things about Trump from 2015! That's probably when the subsidies started rolling in too. They should be stopped. It's another unnecessary waste of our taxpayer dollars.