Laws For Women To Live By

How Many Democrates Does It Take To Chan

The Theatre is Open

Get Your "I Identify As Vaccinated" T-Sh

If a Dog Were Your Teacher

How To Tell If You Are In California

How to be Misrable

How Not to Rob a Bank!

The Fastest train ever built | The compl

Will you be Buying and Reading John Bolton's Finally Released Book?   The Serious You: How Current Events Affect You

What did Vindman expect would happen?  Most people knew he was done the minute he publicly testified. He made the choice to lose his career.

0
ReplyToggle Dropdown
Msg 194 of 200 to Showtalkshowtalk
In reply toRe: msg 193

So you think what Trump and his people did is okay??? And all people that testify to abuse of power should be expected to be unfairly punished?

0
ReplyToggle Dropdown
Msg 195 of 200 to BWArtistBWArtist
In reply toRe: msg 194

Why do you always jump to such extreme conclusions when I say anything?  He quit and took retirement. He was not dishonorably discharged.  I never said what you said I said. So now he gets retirement pay and can start another career.  He will be financially ahead by leaving.

0
ReplyToggle Dropdown
Msg 196 of 200 to BWArtistBWArtist
In reply toRe: msg 194

The other thing not mentioned is that he received a promotion and retired two days later, which is what he wanted and pushed for.  Had he stayed his assignment would not have been a job he wanted.  So, in the end it was his choice to leave and he is still complaining about it.

0
ReplyToggle Dropdown
Msg 197 of 200 to Showtalkshowtalk
In reply toRe: msg 196

I believe his promotion was delayed.

But Esper signed off on Vindman’s promotion to colonel on Monday, a senior defense official confirms to Fox News, two days before the Army officer announced his retirement. 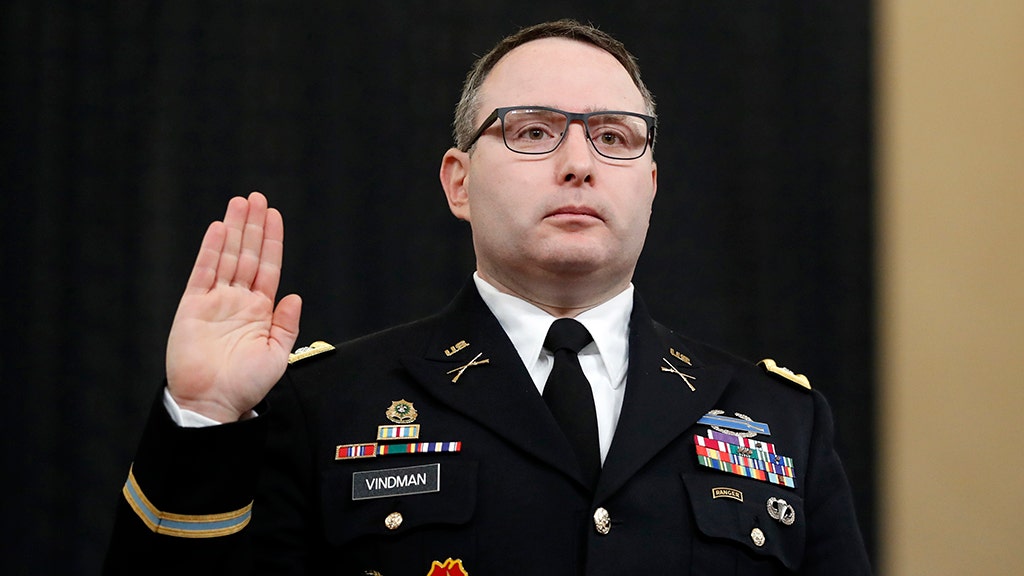 Lt. Col. Alexander Vindman, a key impeachment witness against President Trump, retired from the Army Wednesday, with his lawyer citing "a campaign of bullying, intimidation and retaliation" that limited his military career.

I found a wealth of articles on this.  I believe he was approved for the promotion but whether DT signed it isn't clear.  The articles are all over the place - they all agree he was approved, none say the President signed it.  Since it all happened a couple days ago, more info may show up later