Tito - The Power of Resistance

When a COVID-19 vaccine arrives

Ebola - Liberia is Erasing them too

Sorry About Calling You ‘Uncle Tom’

Swiss have no ''MAKE MY DAY'' philosophy

The world: a bit of “Japaneseness”

JAPAN: 62% went to work amid pandemic.

Palestinian people is a propaganda fiction

“What we want is for you to get married,” the judge told her, according to her description. 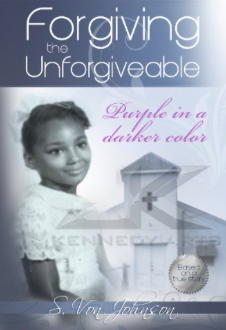 And Johnson’s story has helped inspire Cynthia Stafford, a Florida state representative to push for legislative change on child marriage, according to the Independent.

Forgiving The Unforgivable by Sherry Johnson

"My fight to end child marriage in America"

Many people think of child marriage as something that only happens in developing countries or among certain religious groups. However, there are loopholes in the law that make child marriage legal in almost every state across America. It’s a shocking fact, and it’s one that is difficult for many people to comprehend.

Sherry Johnson is a survivor of child marriage. At age 11, she was forced to marry her rapist, who was also the deacon of her Florida church. By age 27, Sherry had given birth to 9 children. Today, decades later, she has dedicated her life to ensuring that no child will be forced to enter marriage before they reach adulthood. Through her advocacy work, she is committed to changing child marriage laws in America and across the globe. Check out Sherry’s 2018 TEDMED Talk to learn why she believes that sharing her story, and encouraging others to speak out as well, is a critical part of changing laws and protecting children from child marriage.

That is the Book and author of the child marriage, an issue that came up here in this forum by BerrySteph - but course she/he had to disrupt another topic about this particular radical Mormon issue?

A former child bride who fled a fundamentalist Mormon cult has told how the sect’s leader reminded her she was “the property” of her husband after she begged him to free her from the forced marriage.

Elissa Wall suffered multiple miscarriages after being made to marry her cousin at the age of 14 under the polygamous Fundamentalist Church of Jesus Christ of Latter-Day Saints.

4
ReplyToggle Dropdown
Msg 4 of 5 to BerryStephBerrySteph
In reply toRe: msg 1

Here above is your topic BERRYSTEPH

In order to be read and seen by all -- start new topics individually with your issues; be respectful so that you won't be gagged or blocked.

The Host - Sand Grain is very tolerant, she is Canadian, she deals and heals troubled youth with unconditional kindness, no religious brainwash... just kindness.

But if you keep attacking innocent people with name calling, I'm not sure you will remain here for long because people will start complaining all over the administration!

Radical Mormoms as good as it comes....