Why Wokeism Is a Religion   Social issues

The singular journalist and writer Douglas Murray talks to John about the glaring problems with the new forms of 'morality' that are being held with increasing fervour around the Western world.

Wokeism and their groupies is totally a daft thoughts with a menacing twist!!

5
ReplyToggle Dropdown
Msg 69 of 89 to AuntBetsieAuntBetsie
In reply toRe: msg 65

Of course - but it's difficult to get there!

Douglas Murray gets it all well explained!

Most of these informations were unknown before social media.

5
ReplyToggle Dropdown
Msg 72 of 89 to AuntBetsieAuntBetsie
In reply toRe: msg 71

The current political situation made it impossible to discuss anything, and the fear is globally wide spread!

Just as everyone thought - everywhere else. 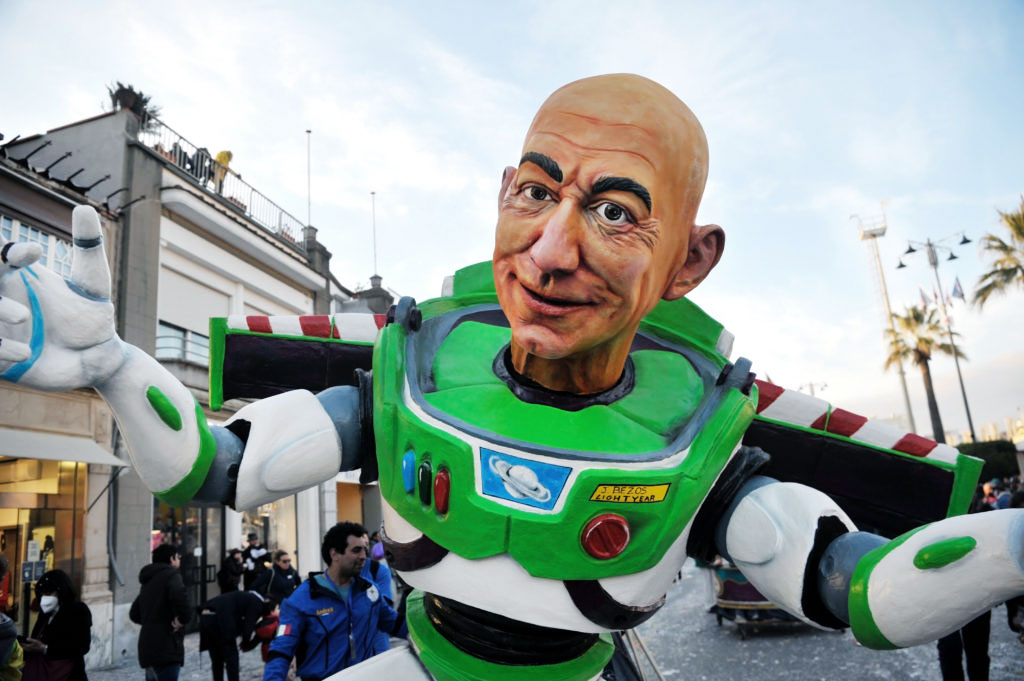 Oligarchs and activists are playing for the same team

.... The beginning of the current crisis can be dated to the election of 2016, in which a large majority of voters expressed their rejection of the American socio-political order by voting for either Bernie Sanders or Donald Trump over the neoliberal establishment candidate, Hillary Clinton. Trump’s election was followed by coordinated attacks on his flailing presidency by large sections of the American power structure, including the national press, corporate monopoly internet platforms, and a security apparatus that used the press as a megaphone for a series of conspiracy theories and lies that were often spread under cover of anonymity. The media’s already-tattered credibility with the public was plunged into the toilet.

This toxic combination of widening political polarisation and institutional failures was contaminated further by the country’s disastrous response to Covid-19, which crushed small and medium-sized businesses while padding the profits of large investors and internet-based monopolists. The result was the largest single transfer of wealth in American history since the Civil War, and the disenfranchisement of a significant portion of the American middle class — accompanied by a steady drum-beat of “woke” discourse that gleefully demonised the losers as “white supremacists” and “insurrectionists”.

The election of Joe Biden in 2020 was supposed to restore the legitimacy of the American political system and bring a measure of social peace. Instead, President Biden went in the opposite direction, attacking his opponents as “white supremacists” and “fascists”, setting the FBI on domestic foes, and endorsing a banana republic-style raid on Trump’s home.

Yet to blame America’s woes on either the 79-year old Biden, who strikes even sympathetic domestic observers as senile, or Trump, who continues to be a font of ugly and delusional politics, is to dangerously mistake the nature of the crisis. America’s toxic partisan politics are a symptom of deep changes in the American socio-economic structure that date back to the early Nineties, in the aftermath of America’s victory in the Cold War — when President Bill Clinton set out to take Reaganomics global with a series of trade deals that included NAFTA and GATT, and destroyed the American middle class that Roosevelt and his successors created

The article by David Samuels is fairly long but after briefly discussing some important historical points and then narrowing the focus to the transformation of America during the last thirty years from a country of mostly middle class people into the increasingly divided and oligarchical state we see today, with enormous disparities in wealth and income, what Joel Kotkin often refers to as the feudalization of America.

As Samuels has it, we are now offered identity politics and Wokeism, both as a substitute for a decent standard of living, and as a method of social control which elites use to ensure that their hold on power cannot be contested.

What our progressive overclass has wrought

Sooner or later, either towns and counties will emerge and flourish under the rule of law, or a state of woke pandemonium will compel order

Read more from The Spectator World
Progressives at the zenith of privilege and power have steered US civil rights, education, and welfare policies almost exclusively for fifty years. What does the nation have to show for it?

Recent answers include federalized transgender protections, academic collapse, and the expansion of a dependent, often disreputable underclass for whom permanent government-based custodial care is the only feasible option.

In next month’s elections, the Democratic Party is asking younger voters and everyone else to validate the nation’s wretched state of affairs. It asks all Americans to “do more” to affirm the impossible and shore up failed theories of social justice.

But the midterms can only begin to bust the voracious administrative state. The nation’s interlocking ideological directorate has such a grip on minds and hearts that the demos might not possess the legal machinery or even desire to dismantle its project.

As the nation’s moral realm shifts from the scriptural and classical to the ascriptive, capitalist fun suppliers are freed to exploit former depravity. Big money in New York wants to dance with the stars cheek-to-cheek in Malibu. There’s status and wealth in financing dreck — and public taste allows it, in fact, craves more of it. Thought control through social media and an irresistible electronic kaleidoscope prove more powerful than what could be foreseen a generation ago. But reality is compelling. Nature is insistent.

The nation’s civic future lies in operational states and localities that actively choose to protect quality of life, property and children. Civic-minded and self-interested asset holders are setting their sights on well-managed, pleasant zones as far from the scaries, lawbreakers and tax parasites as possible. Welfare capitalism’s behavioral sinks are not going to disappear. But sooner or later, some jurisdictions will unapologetically sequester crazies in asylums, put criminals in penal institutions, and say no to troublemakers, freeloaders and drifters.