'His brain was three sizes too small'

Book: 'The World Is Flat'

The Experts Are Lying to You

Ministry of Truth   Dare You - US Politics

The Department of Homeland Security is setting up a new board designed to counter misinformation related to homeland security, with a focus specifically on Russia and irregular migration.

Jankowicz is obviously not intent on stopping disinformation; she is bent on simply cutting off information she finds unfavorable

More censorship on its way on the "Land of the free and home of the Brave" etc... ?

"Truth is stranger than fiction, but it is because Fiction is obliged to stick to possibilities; Truth isn't." 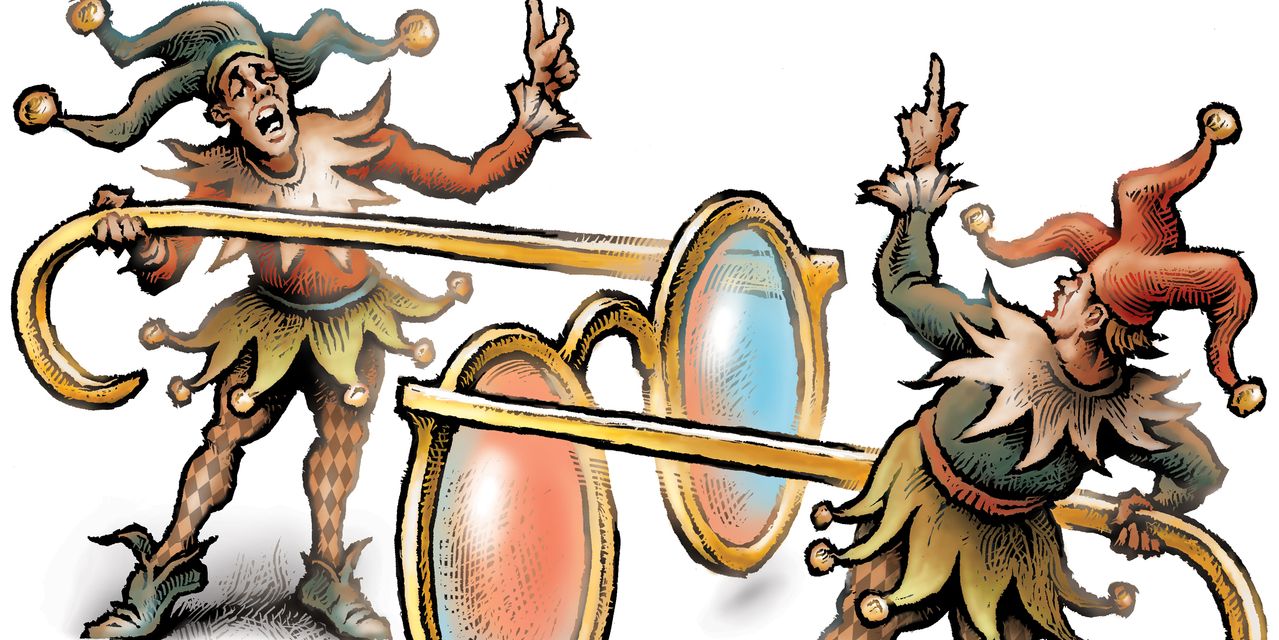 America's enlightened influencers mistake their interpretations of the facts for the facts themselves, giving themselves an excuse for censorship.

The preoccupation with “misinformation” and “disinformation” on the part of America’s enlightened influencers last month reached the level of comedy. The Department of Homeland Security chose a partisan scold, Nina Jankowicz, to head its new Disinformation Governance Board despite her history of promoting false stories and repudiating valid ones—the sort of scenario only a team of bumblers or a gifted satirist could produce.

Less funny but similarly paradoxical was Barack Obama’s April 21 address lamenting online disinformation, in which he propounded at least one easily disprovable assertion. Tech companies, the former president said, “should be working with, not always contrary to, those groups that are trying to prevent voter suppression [that] specifically has targeted black and brown communities.” There is no evidence of voter suppression in “black and brown communities” and plenty of evidence of the contrary, inasmuch as black and Latino voter participation reached record levels in the 2020 election.

One of the great ironies of American political life in the 2020s is that the people most exercised about the spread of false information are frequently peddlers of it. Their lack of self-understanding arises from the belief that the primary factor separating their side from the other side isn’t ideology, principle or moral vision but information—raw data requiring no interpretation and no argument over its importance. It is a hopelessly simpleminded worldview—no one apprehends reality without the aid of interpretive lenses. And it is a dangerous one.

The roots of this self-deceiving outlook are complicated but worth a brief look.

The animating doctrine of early-20th-century Progressivism, with its faith in the perfectibility of man, held that social ills could be corrected by means of education. People do bad things, in this view, because they don’t know any better; they harm themselves and others because they have bad information. That view is almost totally false, as a moment’s reflection on the many monstrous acts perpetrated by highly educated and well-informed criminals and tyrants should indicate. But it is an attractive doctrine for a certain kind of credentialed and self-assured rationalist. It places power, including the power to define what counts as “good” information, in the hands of people like himself.

There was also, among a host of intellectuals in the middle of the last century, the expectation of a “postpartisan” future of technocratic centrism in which the large ideological questions are mostly settled. What is mainly needed from the political process, the thinking went, isn’t visionary leadership but skillful management. Arthur M. Schlesinger Jr.’s “The Vital Center” (1949) is an expression of that outlook, as are John Kenneth Galbraith’s “The Affluent Society” (1958) and Daniel Bell’s “The End of Ideology” (1960). These writers wanted the cool control of experts, not the messy brawling of democracy, which they felt lent itself too easily to revolution. “The tendency to convert concrete issues into ideological problems, to invest them with moral color and high emotional charge,” Bell wrote, “is to invite conflicts which can only damage a society.”

The technocratic impulse is now an integral part of our politics. Those most given to it tend to view themselves not as adherents of any conception of political life but simply as people who acknowledge the world as it is. They regard differing outlooks as deviations from reality that can only cause trouble for no good reason. They believe their critics, who look at the same facts but draw different conclusions, aren’t simply mistaken but irrational, corrupt or both.

It's pretty hard (indeed) to express an opinion among students in High-schools and Universities.

4
ReplyToggle Dropdown
Msg 7 of 8 to Bab6sBab6s
In reply toRe: msg 6

According to the Left every veggie has to be boiled into the same pot even mushrooms!

3
ReplyToggle Dropdown
Msg 8 of 8 to BarthaSBarthaS
In reply toRe: msg 7

It is very shocking to follow one person/s feisty laws!