Book: 'The World Is Flat'

'His brain was three sizes too small'

When 'white' becomes an epithet

The broad appeal to color-blind principles has failed to wake the public up. Conservatives must name what is going on

Read more from The Spectator World
... Corporations, law firms, banks, tech companies, publishers, museums, orchestras and theater troupes now routinely denounce the alleged racial oppression that is said to be endemic to the United States in particular, and to the West more broadly.

Conservatives have responded in generalized terms: “The left is dividing us! It is betraying the ideal of judging people by the content of their character!” But what is going on is more specific than a generalized strategy of divide and conquer. What is going on is a war on whites. A news story need merely point out that a CEO, say, is white to taint him as a presumptive racist. A police officer identified in the press as white is a marked man.

The same method works for institutions and even ideas. Observe that a European tradition, whether political philosophy, classical music or portraiture, has been predominantly white, and you will have damned it as illegitimate. The inevitability of such a racial balance given Europe’s demographic history does not matter. Nor does the fact that African and Asian cultural traditions are just as racially monolithic. Orchestral musicians, arts boards, and museum volunteers have been sacked for their whiteness. The racial hierarchy behind Evergreen State College’s infamous 2017 edict that white professors cancel their classes and stay off campus for a day now drives all academic hiring. White males face miserable odds in the academic job market; white male scientists, no matter how talented, will be considered for a teaching position or a government STEM job only if there are no underrepresented minorities to hire. The situation is little better in the for-profit sector.

A rule of our public discourse, manifest during the 2020 presidential campaign, is: use white as an epithet, and no one will notice. It is now assumed that whites will be flagellated for their race and will accept such flagellation as normal and just. But use the term white to point out this anti-white bias and you will be accused of playing dangerous identity politics. Conservative commentators may themselves lodge that complaint.

This turn-the-other-cheek policy has not worked. The broad appeal to color-blind principles has failed to wake the public up. Conservatives must name what is going on. The only remaining hope for reclaiming the legacy of the West is to be explicit about how that legacy is being unwound and to forthrightly rebut the equation between whiteness and evil. ...

Here is an interview with Douglas Murray: 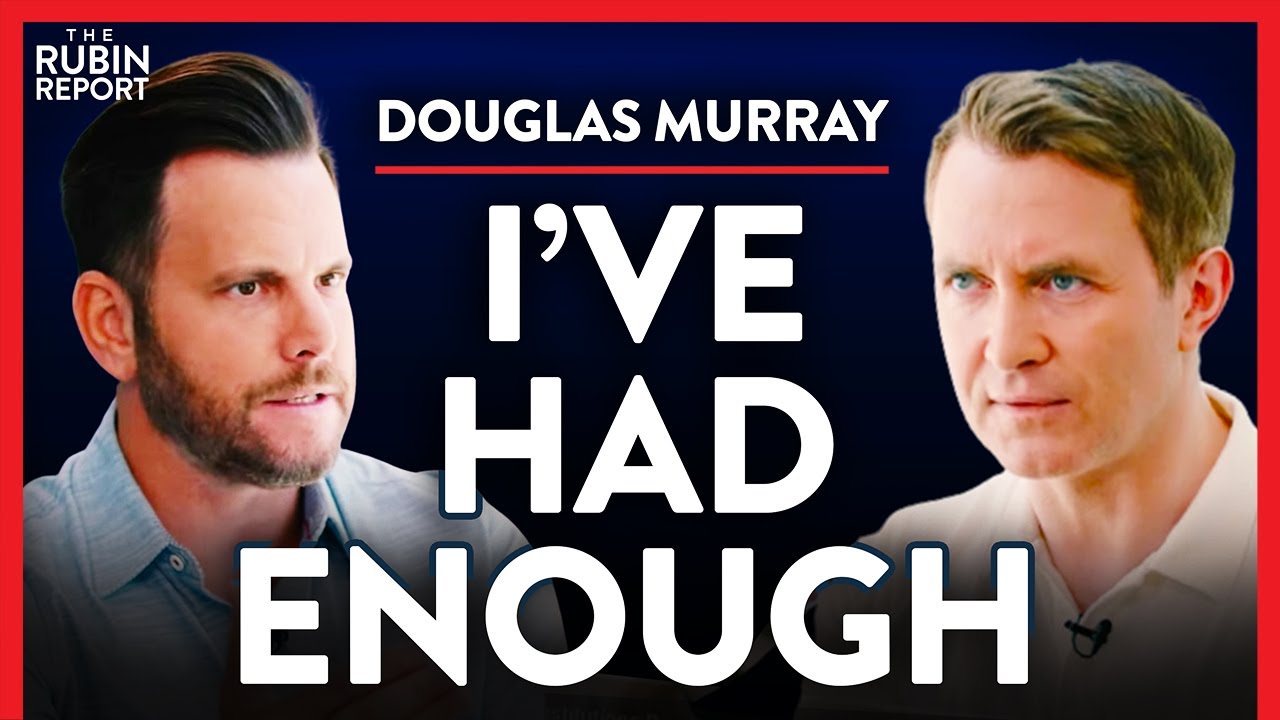 The Gloves Come Off: A New Strategy for Fighting the Woke | Douglas Murray | POLITICS | Rubin Report

Dave Rubin of "The Rubin Report" talks to Douglas Murray, author of "The War on the West" about the war on western civilization, little known details of the ...

I have read two of Murray's previous books: The Strange Death of Europe: Immigration, Identity, Islam (2017) and The Madness of Crowds: Gender, Race, and Identity (2019), both published by Bloomsbury Continuum.

He has a new book out called The War on the West which I will be reading as soon as I can get a hold of it.

Dave Rubin of "The Rubin Report" talks to Douglas Murray, author of "The War on the West" about the war on western civilization, little known details of the ...

These guys sure know how to lay out issues and historical facts on the table!

Two honest and courageous guys speaking up as it is with common sense!

After the Buffalo shooting the situation might get worse.

the light beam through the dome

When it spreads with guided wisdom?