A progressive bloodbath has merely been delayed

.. The big problem for the Democrats, now that this seems an acceptable policy, lies in who will pay for it. Biden’s 2020 electoral win was largely financed and marketed by the corporate and tech elite. Today, however, many of these moguls are moving to the Right as their mega fortunes, particularly in Silicon Valley, become less mega. Most remain supportive of the Democrats, although arguably the biggest player, Elon Musk, has shifted his support to the GOP. Meanwhile, once-reliable backers, such as JP Morgan’s Jamie Dimon and Steve Rattner, have been harshly critical of Biden’s economic policies and worry about the expansion of anti-trust regulations. And as the Democrats push their draconian climate policy, the ranks of its wealthy critics are likely to swell. Nationalising the energy industry would, for instance, rob them of the windfall from an energy “transition” to solar and wind power. Wall Street and the Valley may yet find that their alliance with the climate activists will end in tears.

As their wealthy backers become increasingly alienated, the Democrats can’t afford to be complacent about their Midterm performance. Any sense of victory must be matched by a recognition that the best way forward is to adopt a moderate strategy that incorporates the best parts of the Sanders agenda, such as an aggressive reshoring of industry and strong policies against China, with a less intrusive cultural agenda. Democrats need to embrace the potential of America’s productive economy, from agriculture and energy to manufacture, to create jobs; they should be the ones figuring out how ordinary people can benefit from the country’s vast natural resources and creative advantages. 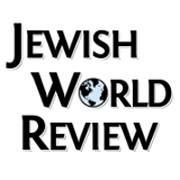 What, if anything, did the midterms tell us about the country - other than underwhelming Republicans could still take the House and Senate? During the COVID-19 lockdowns, American elections radically changed to mail-in and early voting. They did so in a wild variety of state-by-state ways. Add ranked voting and a required majority margin to the mess and the result is that once cherished Election...

... During the COVID-19 lockdowns, American elections radically changed to mail-in and early voting. They did so in a wild variety of state-by-state ways. Add ranked voting and a required majority margin to the mess and the result is that once cherished Election Day balloting becomes increasingly irrelevant.

The Democrats with overwhelming media and money advantages – have mastered these arts of massive and unprecedented early, mail-in, and absentee voting. Old-fashioned Republicans count on riling up their voters to show up on Election Day. But it is far easier to finesse and control the mail-in ballots than to "get out the vote." 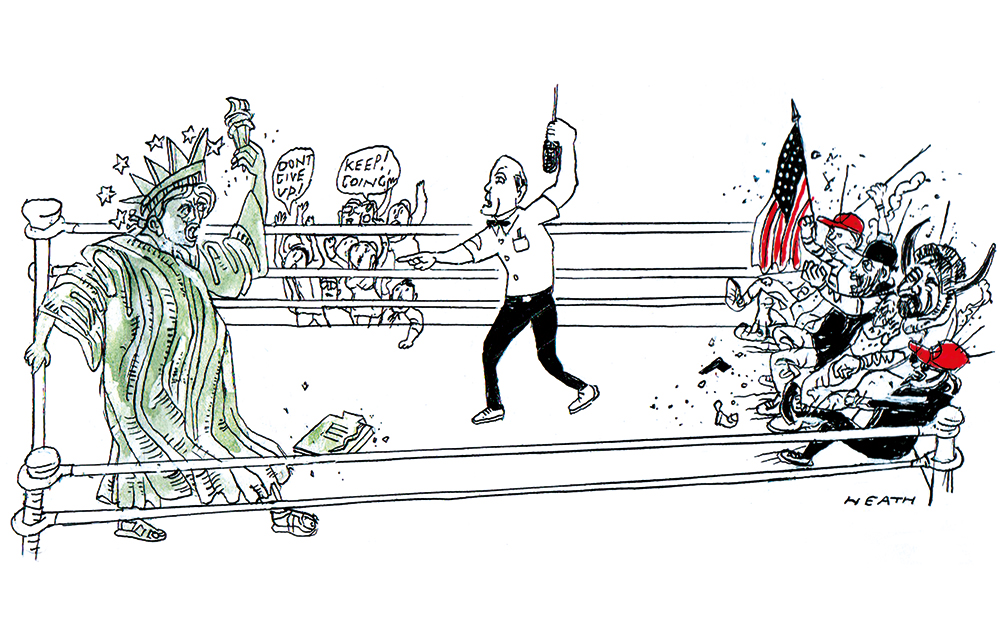 Trump's bumpy road back to the White House

Washington, D.C My local polling station is a Christian Brothers high school set amid football fields and parking lots. On Tuesday a woman who lives on our street was arriving to vote just as I was. She had come from a mandatory 'active-shooter training session' at her office. Of course, all shooters are 'active'. Active shooter [...]

Read more from The Spectator

... Lately I’ve been reading a lot about the transformation of Indian politics since the 1990s. A very useful introduction to right-wing Indian thought is the veteran journalist (and now BJP member of parliament) Swapan Dasgupta’s Awakening Bharat Mata. It begins: ‘Till the turn of the century, the counting of votes in an Indian general election was a prolonged three-day affair. Since the electronic voting machines were introduced nationally, the tense wait for an outcome has been reduced to barely three or four hours.’ The message I take is that delayed election counts are the hallmark of corrupt and underdeveloped 20th-century sinkholes, and prompt election counts the mark of civilised modern nations on the rise.

The United States is moving in the other direction. Until two elections ago, it was possible to stay up until the contours of a midterm election were crystal clear. But this year five Senate seats and 66 House seats were undecided the day after the election. Perhaps there are still some votes to be brought by rickshaw once spring melts the frost in the mountain passes. If you wonder why so many American voters tune out Democrats’ warnings that Republicans are a ‘threat to democracy’, you haven’t been listening to Democrats’ own plans to make vote counts more opaque. ‘Elections are not over when the polls close,’ said President Joe Biden’s cybersecurity chief Jen Easterly at a Washington event recently, adding: ‘Sometimes it takes weeks.’ Not in functioning democracies it doesn’t.

The reason the count takes so long is the radically expanded menu of voting options introduced during Covid – vote-by-mail, universal absentee ballots, unmanned drop boxes, sometimes even extended deadlines. Democrats – with more institutional memory of ‘organising’ votes on shop floors, at church gatherings and in care homes – have gravitated to these more free-wheeling forms of voting. Republicans prefer voting at a polling booth on election day. You could also say that Democrats want to maximise ballot access, Republicans ballot security. The upshot is that the US is fracturing along yet another axis – it is acquiring two separate voting systems. To oversimplify a bit: just under half the ballots get cast before election day by mail, and Democrats win those overwhelmingly. The remainder are dropped in the ballot box on Tuesday and Republicans win those in a landslide. So to the television viewer, election night is no longer an intelligible flow of information. You get what looks like a Democrat landslide as the mail ballots are counted first, then Republicans rally, then Democrats have a final spurt as ballots pour in from urban districts. Not a system best calculated to allay worries about fraud.

As seen globally, none of the current leaders have the honest power to lead us off the rebelious systematic situation we are living into the past few years, it's all mass-controlled by the very rich globalists.

The American politics and its communities are supposed to give a good view how peace and freedom is lived, but it saddens me to confirm that it's not seen anymore.

The system is killing the U.S.A.  My view, Trump is grand because he is a wise businessman.  He slashed the Lefty parameters and made some wise decisions and for first time in history...  he was actually minding the comfy lives of all Americans without discrepancy.

Right on,,,  we will see Trump in 2024? Victor Davis Hanson on the future of the Republican Party

1.  Politics choosing by ballot no longer have breaks on historical foundation; campaigns are now as random as a accidental street fights

2.  Offbeat persona is just as tricky as creed and fanaticism

3.  Opinionated polling from the past no longer serves the public conviction and expectation

4.  Hang on doubtful; double as much for what you would obviously lean on and consent with.

Definitely it's tough to picture the U.S fascist shift in existence than those bickered by the voting hijackers, caught by the Dems. Nothing sounds fair anymore; possibly letting mass immigrants into the country so the Left may give them all prepared ballots?

10
ReplyToggle Dropdown
Msg 10 of 20 to AuntBetsieAuntBetsie
In reply toRe: msg 9

but life to death; kind of scary events.