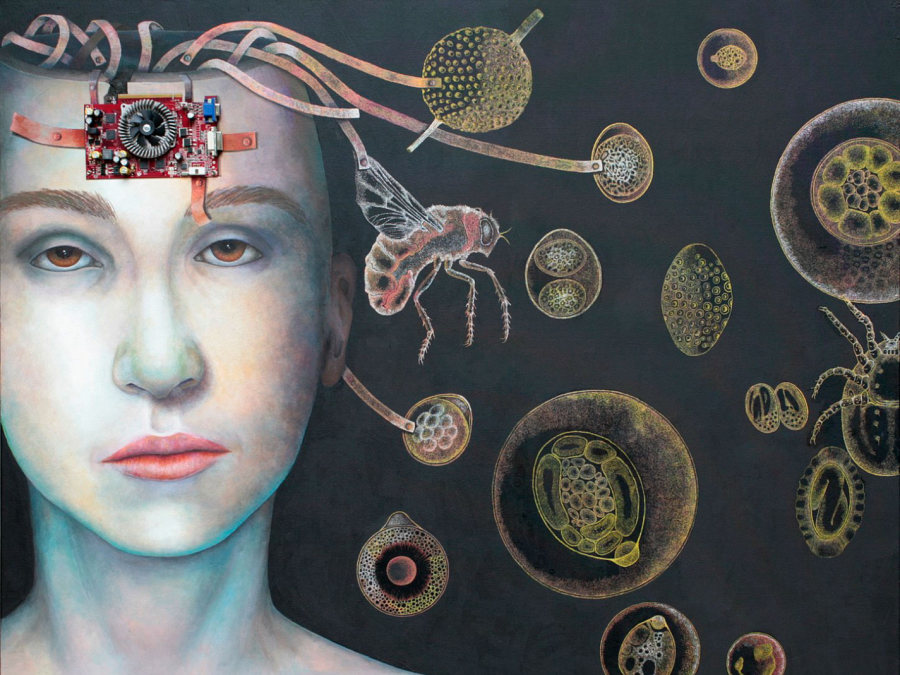 The Extended Parasite: On the Design of the Diversity Bureaucracy - Minding The Campus

Much has been said about diversity, inclusion, and equity (DIE) ideology-an amalgamation of postmodernism and critical theory-but few scholars, if any, have bothered to study the DIE bureaucratic structure itself. In The Extended Organism (2000), Dr. J. Scott Turner examined how animals "construct and use structures to harness and control the flow of energy from [...]

Read more from Minding The Campus

.. their environment.” If we seek to excise the DIE ideologues—the “brainworms,” as Turner later analogized them—we should examine the DIE bureaucracy as an extended organism, or better yet, as an extended parasite. We must understand how its structure was intentionally designed to foster blind obedience to authority.

Let us begin by considering the experiments of Dr. Stanley Milgram, a social psychologist who produced groundbreaking research on obedience to authority and conformity to social pressure throughout the 1960s. Milgram’s experiments showed that most people would obey instructions to inflict pain on another person—even up to the point of killing that person—if certain conditions were met.

In The Lucifer Effect (2007) Dr. Philip Zimbardo detailed the lessons we should learn from Milgram’s research to avoid the “traps” laid by malevolent figures in which good people are often caught. The first trap on Zimbardo’s list will likely sound familiar:

1. “Prearranging some form of contractual obligation, verbal or written, to control the individual’s behavior in psuedolegal fashion.”

Consider the rising trend of required “diversity statements.” It is no coincidence that the practice has become a favorite tool of the DIE bureaucracy. Critics of this practice have argued that such statements function as ideological litmus tests, but few have realized the significant psychological ramifications for those who—even begrudgingly—acquiesce to the DIE bureaucracy. Diversity statements certainly operate as litmus tests, but they are also the first step in the extended parasite’s greater function: to harness and control the energy—the obedience—of the DIE ideologue’s environment. Zimbardo’s second trap is likely familiar too:

Leftist movements have long used labels that sound wholesome to mean something else entirely. Words such as “liberal” and “progressive” have reigned over the most illiberal and regressive of social movements—the DIE bureaucracy has recently co-opted the term “
...[Message truncated]
View Full Message
15
ReplyToggle Dropdown
Msg 2 of 24
In reply toRe: msg 1 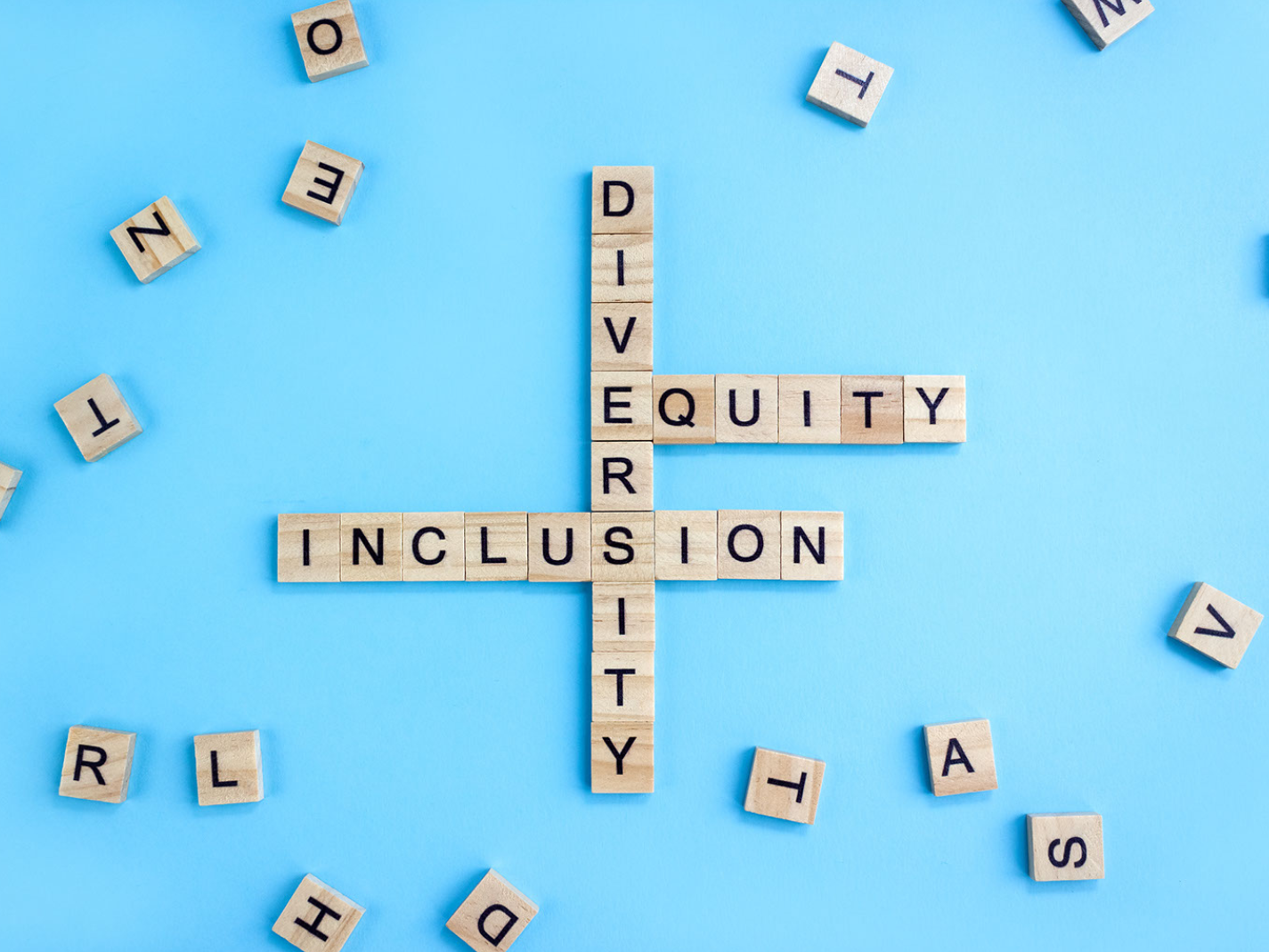 Black public intellectuals who critique leftism get no attention from the leftist media. They are therefore unknown to much of the general public. This is a shame because they contribute greatly to the conversation on race in America. Many oppose critical race theory and the slogan "diversity, equity, and inclusion" (DEI). Here is a selection [...]

Read more from Minding The Campus

.. of wise words from black sages on these and related topics: Why do Democrats condemn hardworking immigrants?

Read more from UnHerd
What was I — a lifelong Democrat — doing at an election watch party in rural Virginia, surrounded by Republicans? As Ron DeSantis, 800 miles away, filled a huge TV screen with a post-landslide victory speech, he provided part of the answer: “We chose education over indoctrination!” He got a raucous round of applause from the crowd at the Marriott Ranch, in the foothills of the Blue Ridge Mountains. Even I joined in.

I have come to realise that party affiliation is far less important to me than fealty to the values that made it possible for me, a Muslim immigrant from India, to prosper in America. In the summer of 1969, I arrived at JFK International Airport as a four-year-old with no English, destined for a new home in New Jersey and then Morgantown, West Virginia. My parents had made a keen study of US history. They knew it was a nation that had its flaws, but they were encouraged by some pivotal developments, particularly the landmark 1954 Brown v. Board of Education decision, which banned racial segregation in public schools and declared unequivocally that race cannot play a role in school admissions. This, they thought, was a fair place to raise their kids.

When I came to learn my adopted nation’s history myself, at Martin Luther King Elementary School, I understood that the painful legacy of slavery was part of it. But I also knew that good and thoughtful people in the present had made honest attempts to address these issues — by passing laws banning racial discrimination, for instance. I hardly thought the US perfect but, as a native of India, I understood that societies that dwell forever on historical grievances tend not to be happy, free or prosperous places. America was fundamentally — and wonderfully — different.

But, in recent years, something very disturbing has happened. That is why, on the night of the midterm elections, I drove west after sundown on Route 66 with my friend Harry Jackson, the first black PTSA president at my son’s alma mater. We were driving to a party of kindred spirits, most of whom didn’t look anything like us.

Why? Because the Democratic Party, which once valued fairness and justice, has, alas, been torching the American Dream. Democratic politicians, school boards, governors and even US Supreme Court justices are pushing “equity” over equality, “anti-racist” bigotry over colour-blindness, and mediocrity over merit. Literacy and maths scores are plummeting nationwide, while black and Hispanic kids are falling further and further behind — and yet progressive Democrats are far more interested in bringing crackpot racialist theories into our classrooms. In other words: they choose indoctrination over education.

It could be interpreted as God-like-Syndrom since DEI means 'God' in Latin...

- Also known as above anything tangible or logic.... to please masses of rebelious populations, growing aches and pain; and the government using the situation to create division and more rebelious attitudes. ..

Just puzzled, is it DIE or DEI?

There are some outside very NASTY spellcheckers in these forums...

13
ReplyToggle Dropdown
Msg 6 of 24 to BolomcoBolomco
In reply toRe: msg 4

There are many policy-based pesticides that we may deploy against the DIE bureaucracy, but sunlight is a solid disinfectant. Educating others about these psychological “traps” will be useful, as will thorough explanations of what DIE ideology actually is and why it proves so harmful.

Official use is DEI but many of us prefer DIE because we work to kill it.

9
ReplyToggle Dropdown
Msg 9 of 24 to BolomcoBolomco
In reply toRe: msg 4

There's no need to say more,

all done and said in a couple of lines!!