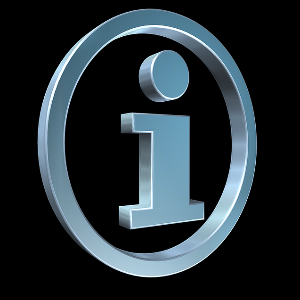 The Delphi Member Services Forum is for all your membership issues including using Delphi, billing questions, bug reports, and suggestions.

So often can't send a reply

Syndication Twitter and my issues mentioned this past week

Search isn't working at all

I need help with my username ...

PleASE unsubscribe me from this site

PM not showing up

0
ReplyToggle Dropdown
Msg 66 of 70 to EdGlazeEdGlaze
In reply toRe: msg 65

0
ReplyToggle Dropdown
Msg 67 of 70 to WaltHoweWALTHOWE
In reply toRe: msg 66

0
ReplyToggle Dropdown
Msg 68 of 70 to gunterGUNTER
In reply toRe: msg 1

I did hear of CStar's passing by members of the forum Callahan's Saloon who are now over on FB - there is a private chat made up of us that started because of this sad news.
Such a giving person...::sigh::
Callahan's Saloon is based on books written by Spider Robinson and I think the Saloon stories might have been a trilogy. The rest that follows is from the host Lou Rose who is one of the best hosts of  forum I know: ..."Callahan's Crosstime Saloon," and the books that follow it in the series are much more than science fiction although time travel, alien visitors and telepathy are commonplace in Callahan's Place. Much more importantly, it, and they, expound a philosophy of giving.. sharing.. and loving.   The notion that "Shared Pain is Lessened, Shared Joy is Increased" works not only in Spider Robinson's mind, but in both cyber and non-cyber life, as well.

So with that in mind as in the book when one passed on there was the ritual of the gathering of friends and the forum had a "solace thread" where we would give a toast and smash a  glass in the honor of the transition of a loved one.Ex. ***SMASH***  We would sometimes take a phrase that summed up that person and I do not think, Zookeeper after all this time has passed and we know that time is abstract if I use his words.

0
ReplyToggle Dropdown
Msg 69 of 70 to gunterGUNTER
In reply toRe: msg 1

I know I am late with this post, I just read this.

This makes me very sad to read!

C She was a beautiful person, She was always far to me and showed me respect.

1
ReplyToggle Dropdown
Msg 70 of 70 to tealdusttealdust
In reply toRe: msg 68

I do miss my friend, this was nice to read :)